Can the turtles go inside their shells?

It's been a while since I read the comics or watched the animated show, or the original movies, but have the turtles ever been able to retreat into their shells like normal turtles do?

They certainly can in the films;

In the original 1990 Ninja Turtles film, Michaelangelo shows this ability, before quipping about how much he loves being a turtle.

Leonardo also does this in the 1993 sequel, Teenage Mutant Ninja Turtles III: Turtles in Time

And in the latest 2014 Ninja Turtles reboot, Michaelangelo and Raphael withdraw all of their extremities in order to disguise themselves as a gigantic product placement Behati Prinsloo's breasts. And no, I'm not kidding. I wish I was.

We also see them do it in the original cartoon TV series.

I think they all do it at least once, but I could be wrong.

In Image Comics Teenage Mutant Ninja Turtles: Vol. III; #1, Donatello retracts his head into his shell during a long fall: 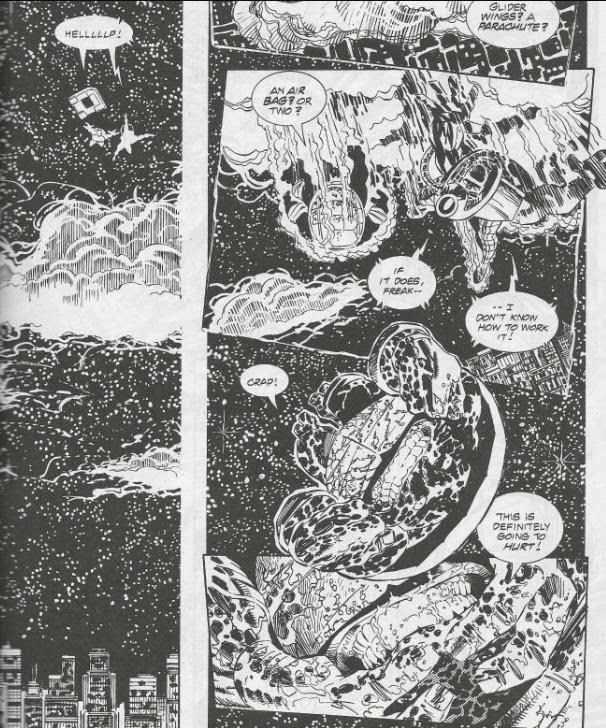 Raphael does this at least once, when one of Leatherhead's booby traps flies at his head.

Michelangelo also retracts completely into his shell at least once.

And pulls only his head into his shell at least twice:

Leonardo does it unintentionally: 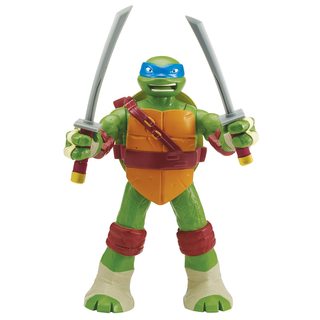 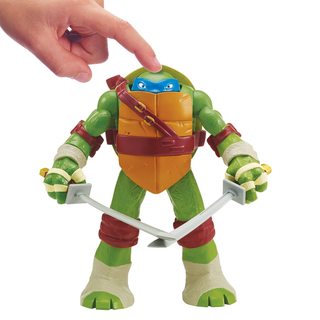 In the first movie, Michelangelo does it once.

In the second movie, they all do it at least once:

As Richard notes, they also do it in the recent reboot.

In the older Teenage Mutant Ninja Turtles cartoon, all 4 of the turtles withdrew their entire bodies into their shells, but only for comedic reasons (such as being afraid of a roach), rather than defensive ones (such as avoiding being crushed). The turtles, despite their ability to speedily use this ability, usually don't withdraw into their shells for any reason.

In the first Ninja Turtles movie, when Michelangelo put his head in his shell, they achieved the illusion of withdrawal by raising the shell itself -- the actor in the green body suit didn't move. This may or may not have been the method used in the third movie.

Raphael does this in the 2012 series when Mikey shows him a cockroach. But that time, he actually hides his whole body in its shell.

In real life, the ability and extent of a turtle's ability to pull into it's shell varies widely. Some can, some can't, some only partially. Given that the TMNT's shell is fairly small relative to the size of their limbs, the TMNT's probably can't fully retract their limbs.