Mystique replicating a target's attire, how does it work?

I have always wondered how Mystique's transformation works.

Please spare me as I don't read many Marvel comics, just those random ones which I can get.

From what is seen in movies, she can instantly transform into anyone once she gets a clear look at him/her. She can even replicate the target's attire. In this case, she doesn't know what he/she looks like under the attire, so does she just copy the dimensions to match the size while remaining blue-skinned under it?

According to the wiki:

Mystique is a mutant shapeshifter with the ability to psionically shift the formation of her biological cells at will to change her appearance and thereby assume the form of other humans and animals. Daken Dark Wolverine #3

So I'm assuming if she were to copy someone's clothes, she may copy the skin underneath, depending on whether she wanted to or not. The transformation takes place at a cellular level so her bone structure and skin would change as well, if she wanted them to.

Additionally she could not change her overall body mass when taking on the appearance of a person larger or smaller, but thanks to subsequent enhancements she has stated that her body mass is not fixed and can change when she does. X-Men: Manifest Destiny #4

Originally she couldn't change her overall body shape, but at some stage she was upgraded and now she can. This is all based off the comic canon, how closely the movie adheres to this is anyone's guess...

In X2, Mystique transforms into Jean Grey. When Wolverine lifts her cloth, she has scar at same place where he had injured Mystique in X-Men's 1st movie.

So it is clear that even though Mystique can't see people under clothes, she can transform into same body as that of target. But she can't replicate details like injury marks, birth marks until she sees them by her own eyes. In this case, she retains her own physical features to body parts which are not visible or covered (say using clothes). She can even replicate the skin tone if we go by this scenario.

The clothes and accessories are created out of biological cells from her own body.

The clearest answer we have to this in Fox's Cinematic Universe is a scene in the first X-Men film.

Mystique infiltrates Cerebro by transforming her face and eyes to match those of Charles Xavier. Specifically, she mimics Xavier's retinas. We can rule out an iris scanner because she does not mimic Xavier's irises (see photo). 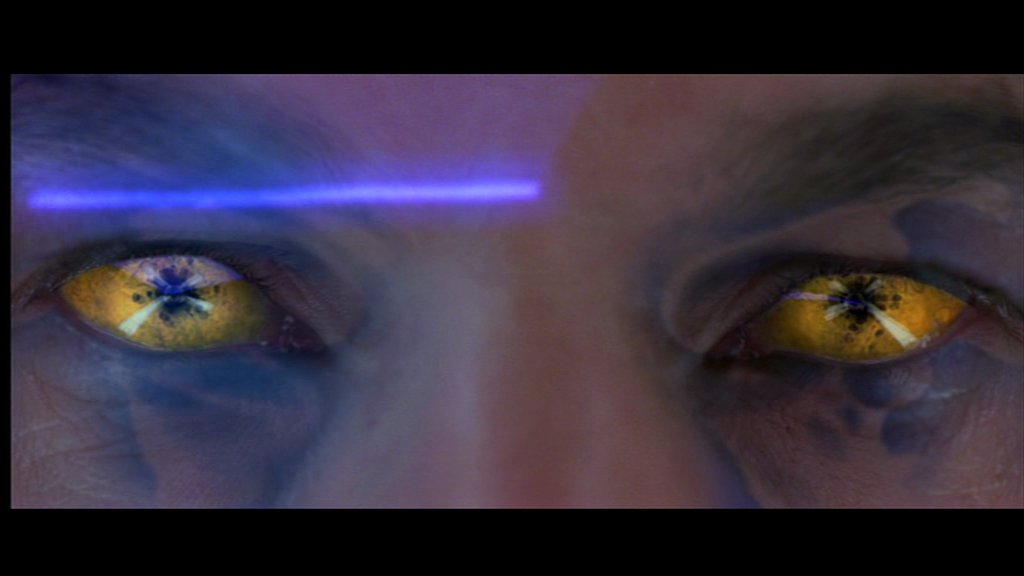 Retinas are not clearly visible to the naked eye. Even if one were to view a retina through the pupil, you would only see visible surface elements. Retinal scanning is done by analyzing the unique pattern of retinal blood vessels, like a thumbprint. Unlike a thumbprint, a retinal pattern is not completely visible from outside the human body.

Since not even genetically identical individuals, such as twins, have the same thumbprints, let alone retinal patterns, we're left with one assumption:

Mystique can transform into individuals (or objects, such as a Statue of Liberty bust) on a level that doesn't require knowledge of every detail in order to replicate it. Her power must work on some other non-visual level, even if it must be triggered visually. This transformation can include include incredible details she can't see, such as retinal patterns. 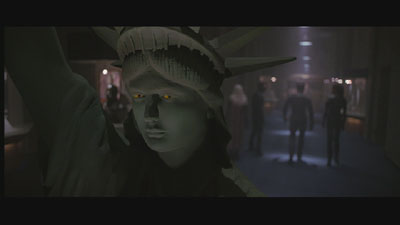 However, it may be that Mystique doesn't have to see a target in order to transform into them. In X-Men: First Class, Mystique transforms into an older version of herself (as we're meant to assume, because it's played by actress Rebecca Romijn who plays older Mystique in the first three X-Men movies). It is possible that this wasn't meant to literally be herself aged in this scene, and maybe she had seen a women that looked like that. However, I think that argument makes the specific cameo of Rebecca pointless, and thus we should assume that it was meant to be her aged self. 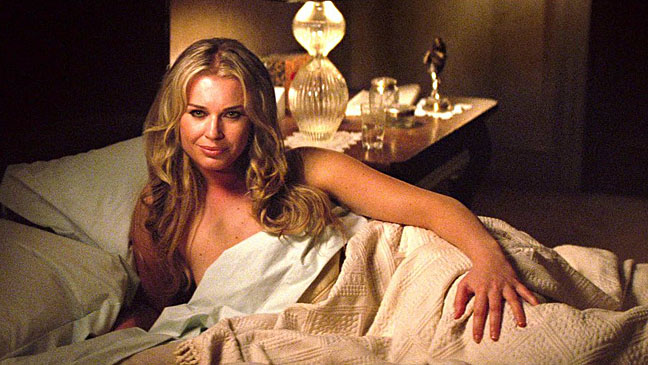 23
Does Mystique need to actively maintain her transformation?
24
Can Mystique create objects?
5
When was Mystique declared mother to Nightcrawler?
7
How does Mystique change height?
5
How can Mystique mimic a fingerprint?
5
How does Professor Charles Xavier's telepathy/telekinesis work?