What comic is this scene between Darth Vader and C-3PO from?

I ran across this image on Tumblr today: 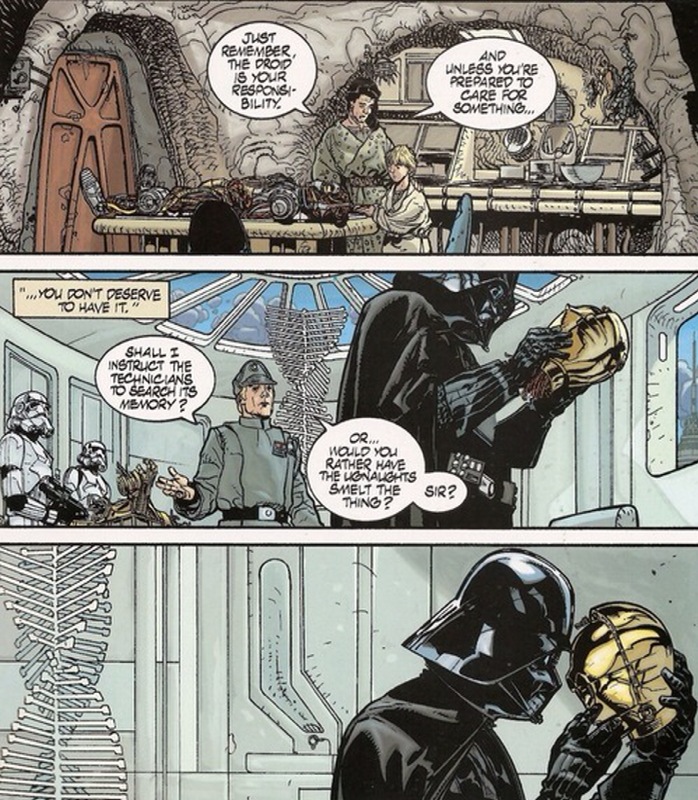 It depicts an in-between-scenes moment during the Bespin part of Empire Strikes Back, where Darth Vader laments the fate that has befallen his creation. This acknowledges the fact that Vader as Anakin Skywalker created C-3PO, which might be one of the most out-of-place revelations from The Phantom Menace. What comic is this from? If there's a whole comic book devoted to placing wacky prequel revelations in context of the original series, I want to read it.

The image is from the 10-page comic Thank the Maker. In fact, the image you show above is what appears on the Wookieepedia page, with an extra panel above it.

Not the answer you're looking for? Browse other questions tagged star-wars comics episode-identification or ask your own question.