Identify book about fighting tournament with the opponent wearing gold armor, plus rulers being mind-controlled by tentacled being

I'm trying to find a book I read in the late eighties but I can't remember the name of it at all.

The plot centered around a man coming to a fighting tournament. He wears a sort of gray/silver jumpsuit. The main antagonist is wearing gold armor but is very fragile and weedy inside the huge armor (blue/gray skin tone). The front cover depicted both of these men along with a group of people watching who were the rulers of the planet. It turns out that these are in the grip of a tentacled being who is controlling them with a tentacle in each member's mind. I think he had a companion who had wings (could have been an angel or the name of the lady was angel).

Can anyone suggest what this book could be?

Sounds like Day of the Starwind, one of the Keill Randor Last Legionary series by Douglas Hill. The companions name was Glr, a telepathic avian. The book you are referring to is probably Planet of the Warlord, this cover match your description. 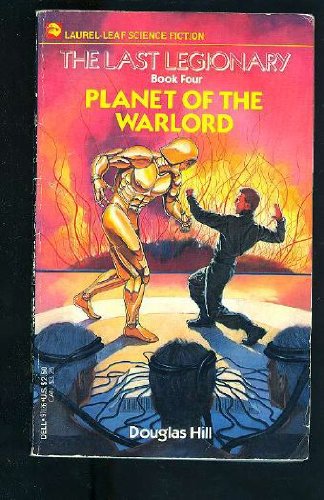 8
series of young adult science fiction books from early 1980s about last of a race of martial experts that sees the destruction of his home planet
5
Scifi book from the 80's. The last of a warrior race
3
Trying to find a children's book series from the 1980s