Why did the first 100 in Red Mars settle so far from the pole?

Later in the book we learn that they took a long journey to find ice, because the water demand was increasing, and the water gathered from the air miners was becoming insufficient. 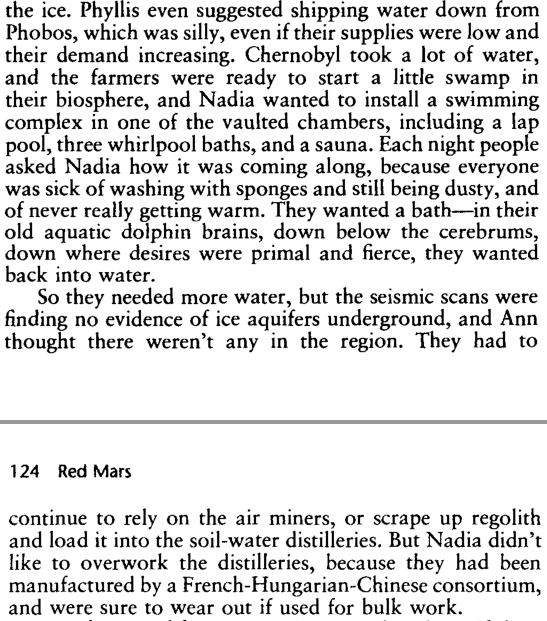 Since the landing site must've been carefully chosen, what were the reasons they didn't land much closer to the pole, to be in close proximity to the ice cap?

I don't think the site selection criteria were described in the book, but the Martian trilogy is based on a lot of science and discussions with scientists working on Mars mission plans, so we can think about why would we choose this site to answer why the First Hundred went there.

From the map at http://fwb.home.xs4all.nl/rgbmars.html, we can see that Underhill is almost bang on top of the equator.

There are two main advantages to being on the equator:

I guess they could have started near the southern polar region - but if I recall correctly, Southern winters are even harsher?

Underhill is also sited near two of the most spectacular formations - the Mons volcanoes, and Vallis Marineris.

So, taken altogether, it was probably a balance of advantages and disadvantages which weighed the decision to site Underhill where they did.

Not the answer you're looking for? Browse other questions tagged mars terraforming or ask your own question.

7
Where is the first settlement in Red Mars?

8
Why do the Martian aggressors in Robinson Crusoe on Mars look the same as those in War of the Worlds?
9
Story where Mars is sucking the air from the Earth