Is Wolverine an organ donor?

I was curious about the nature of Wolverine's healing abilities and some of its oddities. I've heard that Angel can provide limited healing via blood donation.

I would prefer to avoid X-Men Origins and any land wars with Asia.

There is no evidence that I am aware of of Logan acting as an organ donor, but he is a blood donor.

Specifically, his blood was provided to Jubilee after she became a vampire. The healing factor in his blood at the time allowed Jubilee some regenerative powers, helped with some personality issues, and even allowed her to withstand some sunlight.

The transfusions seem to begin in Wolverine & Jubilee #1.

Dr Rao: But as long as Jubilee continues to be transfused with Logan's blood, it'll keep the edge off her id. 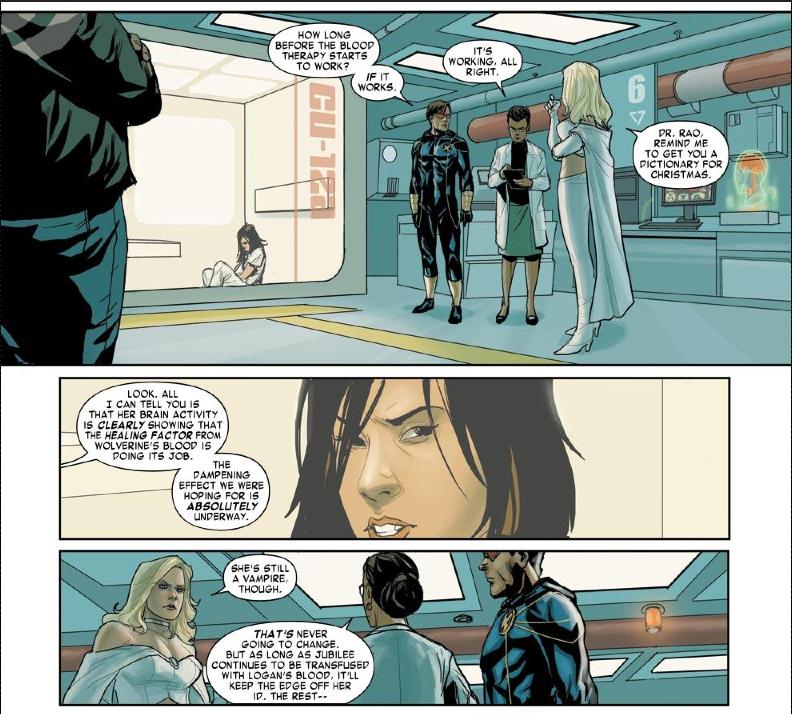 1
Does Wolverine ever donate organs?

10
Can Wolverine survive without oxygen?
19
Will Wolverine ever die naturally?
48
Can Wolverine swim?
10
Is there a set limit on mutant abilities, where they're deemed too unrealistic?
1
What happened between Wolverine and Jean?
4
Can Wolverine build calluses?
2
Why doesn't Cyclops blast Wolverine?
0
Could Magneto control Wolverine?
6
Is Wolverine really a wolverine?
4
Gambit killing Wolverine?