In what Deep Space Nine episode did Bashir dump an armload of PADDs on Sisko's desk?

As the title says, I'm looking for a Deep Space Nine episode where Bashir dumps an armload of PADDs on Sisko's desk. I want to take a screenshot of the scene so I can humorously demonstrate how the show was a product of its time--specifically, how no one predicted ubiquitous wireless information access.

(To be fair, I watched the show all the way through a couple of years ago, and this is one of only a very few things that seem dated now.)

I thought I remembered that the episode in question was "Statistical Probabilities" from season 6, where Bashir presents Sisko with he and his friends' analysis of the Dominion War and recommends surrender. Reviewing the episode, however, I see that while a number of PADDs are involved in that scene, Bashir calmly hands them over one at a time. The scene where he dumps a number of them on Sisko's desk is apparently from some other episode, if I didn't hallucinate it entirely.

Well, according to this trail on the Google+ of this guy, it is indeed "Statistical Probabilities".

Fabian Scherschel Apparently PADDs don't do multitasking. Bashir just handed about eight of them to Sisko.

Then at the bottom:

Thomas Bourque Was the part about Bashir handing the PADDs to Sisko from "Statistical Probabilities"? That is one of my favorite DS9 episodes. :D

Not the best source, but no reason to think this it isn't correct.

This then enabled @TZHX to go fetch a screen cap, confirming the accuracy. 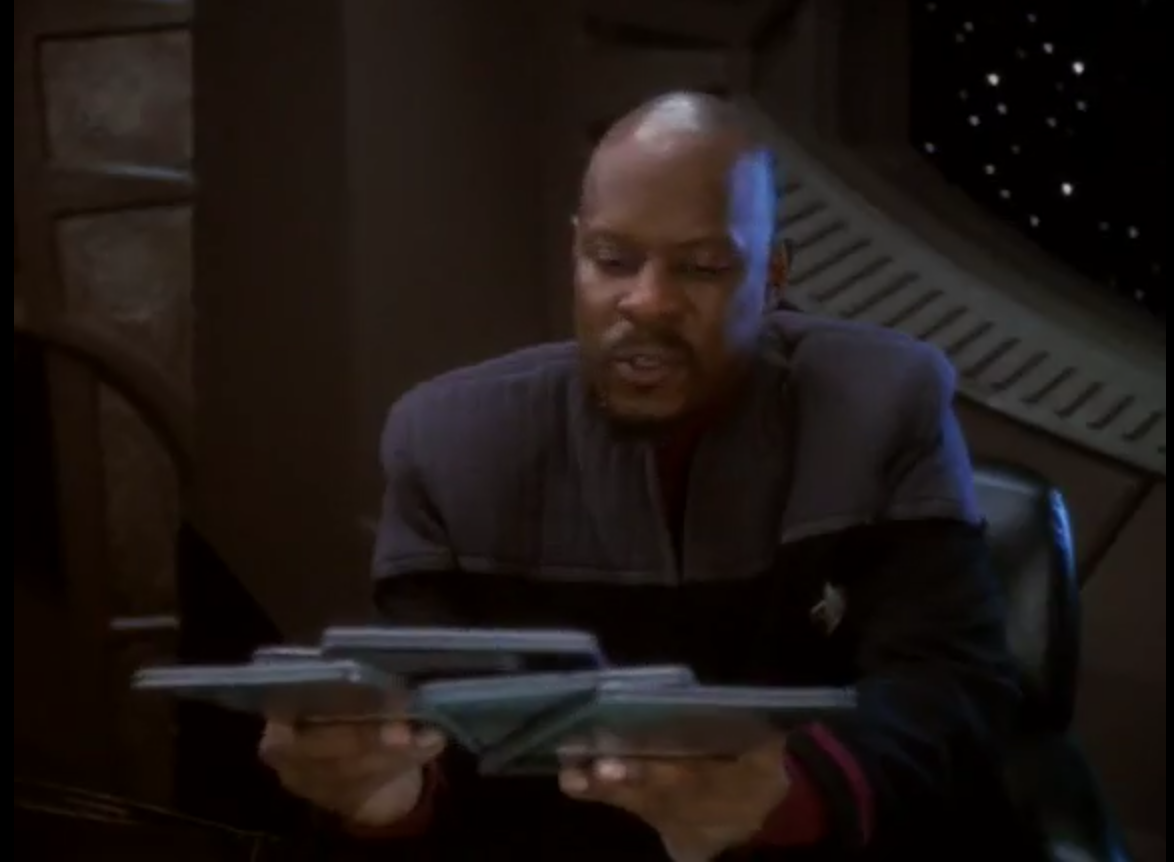 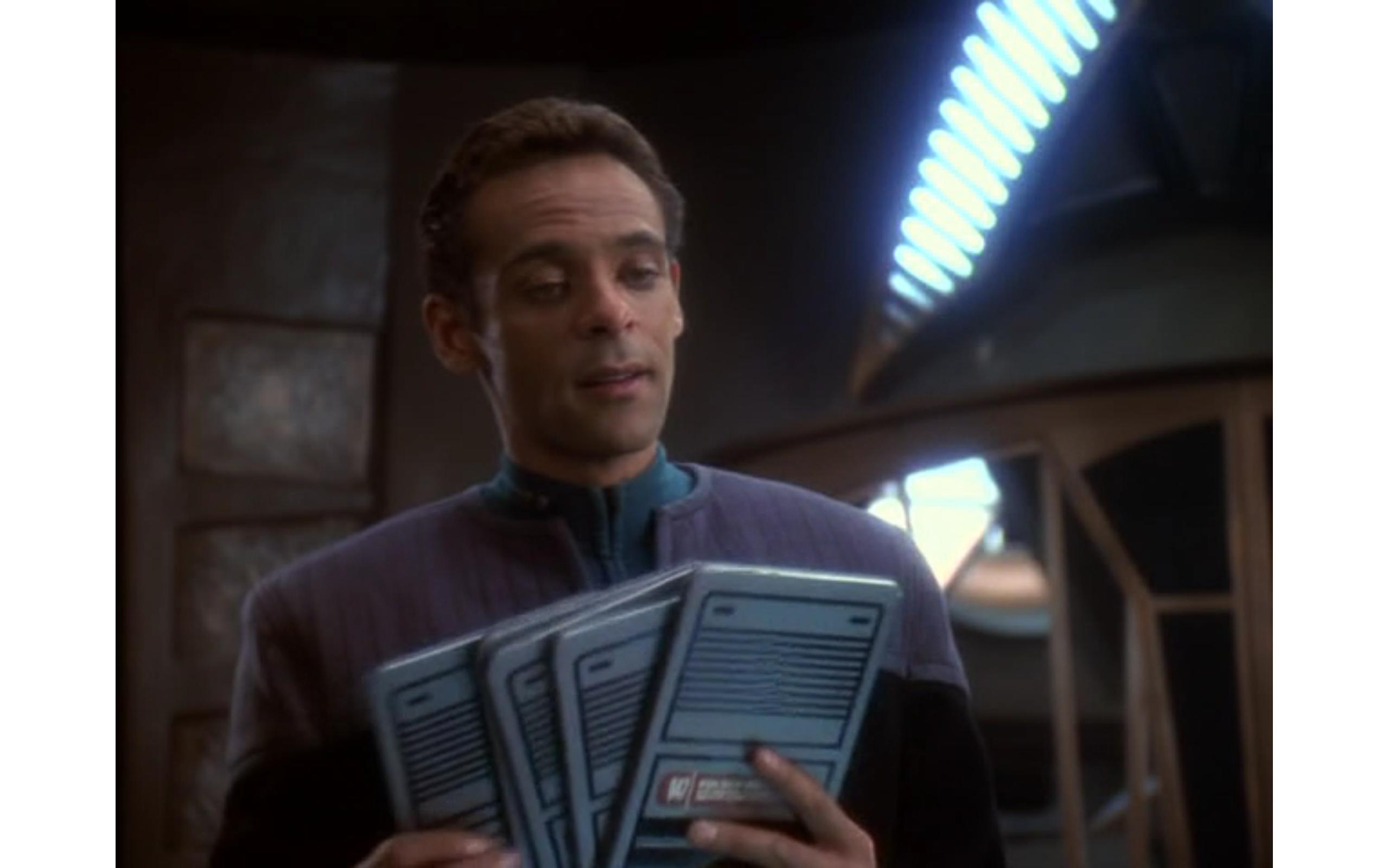 Not the answer you're looking for? Browse other questions tagged star-trek star-trek-ds9 episode-identification or ask your own question.