What model droid is Chopper's mismatched leg from? 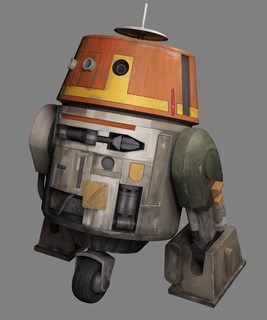 What model astromech droid is the green leg from?

Chooper's mismatched leg could be from one of two astromech models including:

Chopper was a C1-series (C1 implying he was the first production model), so it is possible that this mismatched leg could be from another C1 series astromech, or another model in the C series, assuming that parts from future models are backward-compatible. 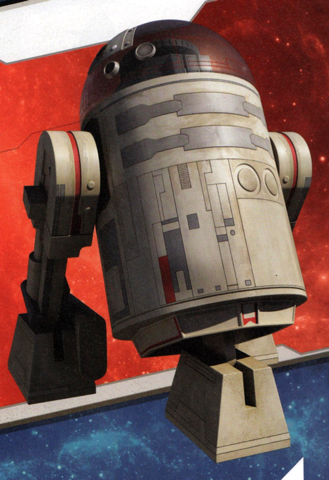 These were common astromech droids on Lothal, but were of inferior quality to other models of astromech. I'm including this model as parts from these models would have been common on Lothal, where Chooper (and the Ghost) were based for a significant amount of time while Chopper had his mismatch leg, so this could be a viable answer.

Please note that this is all speculation and guessing as it has not been revealed where Chopper's odd leg has come from.

Not the answer you're looking for? Browse other questions tagged star-wars droids star-wars-rebels or ask your own question.

6
How many battle droid units were created for the Second Battle of Geonosis?
20
What is the ship in this scene?
0
How did a Separatist tactical droid come into the picture in the Rebels' search for Captain Rex?
5
What did the Super Tactical Droid encountered by the Jedi mean by his words?
9
What is this picture in Thrawn's study of?
8
Has anyone else ever flown Sabine's TIE fighter from Star Wars Rebels?
14
What is the symbol on the pauldron of the storm troopers who guard Grand Admiral Thrawn's office?
17
Can an X-Wing fighter comfortably accommodate additional passengers?
19
How does R2-D2 — or any astromech droid — routinely get into and out of a T-65 model X-Wing in the timeline of the original trilogy?