Given that the Marvel and DC universes have crossed over on several occasions, is there any evidence that the strongest unbreakable adamantium can cut through Superman's skin?

However, in the crossover comic Superman/Fantastic Four: The Infinite Destruction, Superman is able to shrug off a beam that "can cut through adamantium," so my money's on "probably not." 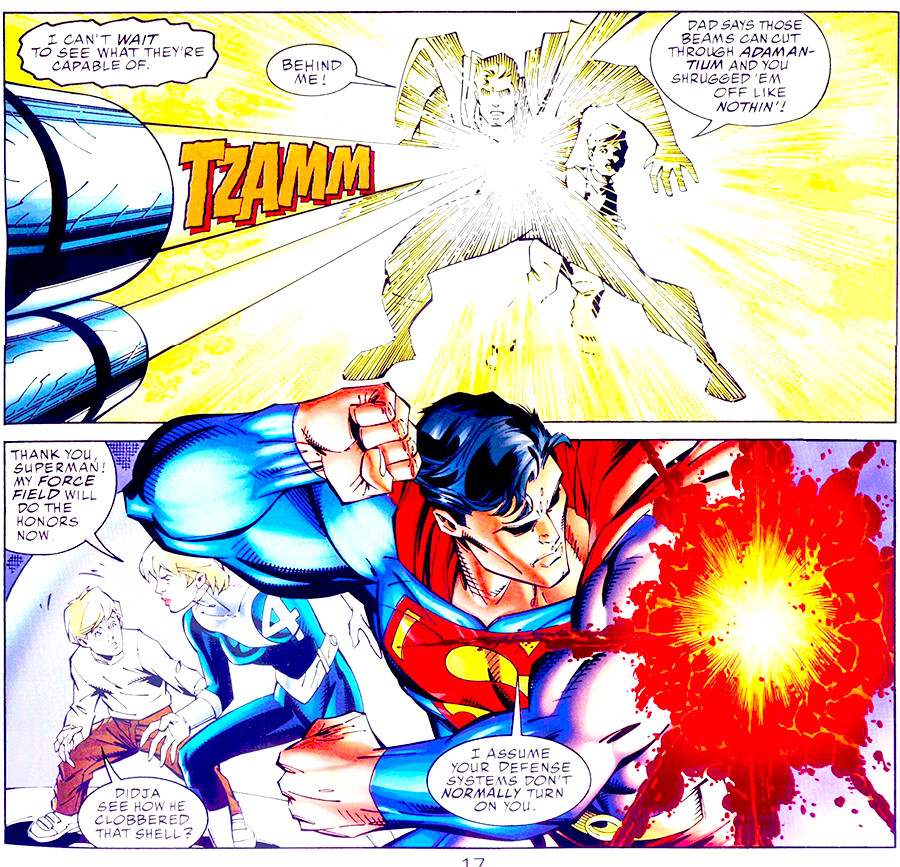 It depends on whether or not Superman's invulnerableness comes from a field or Density and then whether the Adamantium has been shaped into a thin enough wedge to cut through the density of Superman at a workable amount of force. Adamantium isn't "sharp". it's strong. It's edge will last a long time if formed into a blade and you could apply more force to it without it breaking, but if it's not sharp enough for the force applied to it, it won't cut.

Adamantium likely is also a fairly thick atom which means that if Superman's molecular structure is super-dense then you'd be better off using a steel blade up until you hit the forces needed to make an Adamantium blade superior...which are beyond human level.

Quick Silver or The Flash might be able to cut Superman with a Adamantium blade, because it has been shown that it can survive a Nuclear Explosion thus you can expose it to at least that level of force while trying to cut Superman with it. Superman has been shown to be damagable with Nuclear force, therefor he might be cutable with an Adamantium Blade being weilded with the force of a nuclear bomb.

Keep in mind though Superman's skin survived Nuclear blasts as did his skeleton, so it might not cut the skin, but the force might do one of those internal cut things where it lacerates under the skin, but not the skin itself.

Unless we get exact numbers on these things that is about the best you can do for an answer of whether it's possible or not. I imagine that Adamantium has a lower threshold than Superman though so probably not. On the other hand Vibranium, which Adamantium is an offshoot of or vice verce does have magic enhancing traits which may make it able to, depending on how one interprets that.

I would vote yes. Superman was shown being cut by the bony protrusions from Doomsday. 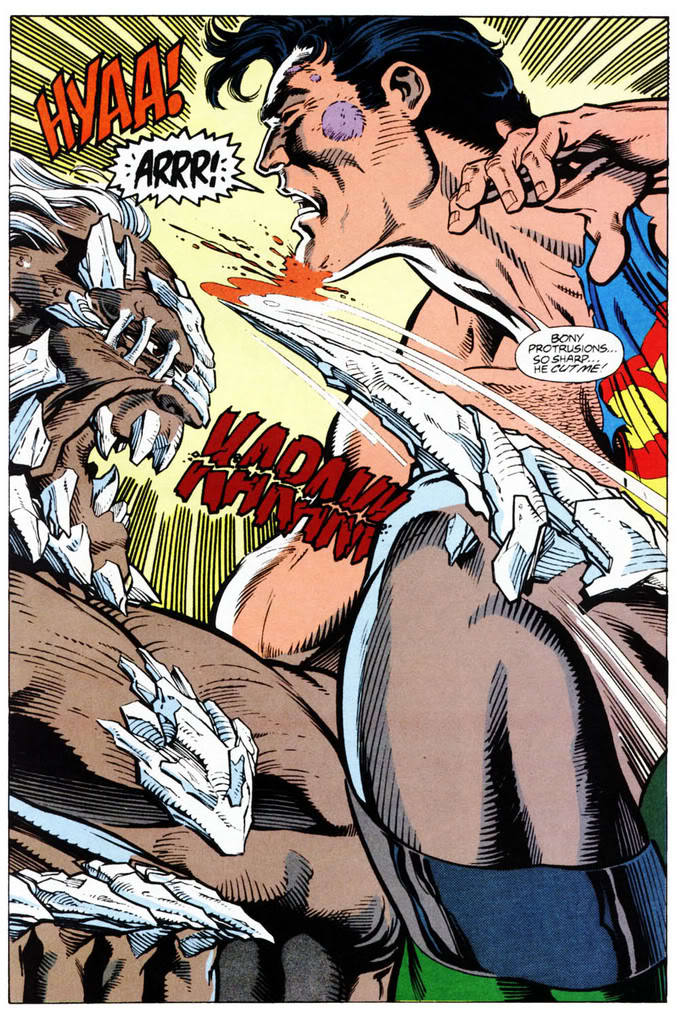 And we know Wolverine can cut through extremely strong materials. 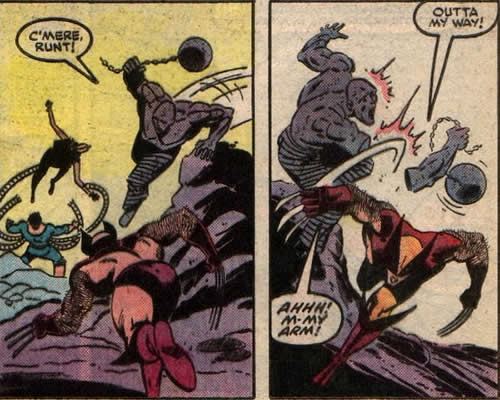 Not the answer you're looking for? Browse other questions tagged marvel dc superman adamantium or ask your own question.

24
Can She-Hulk's hair be cut?
33
Should the Adamantium bullets have worked on Wolverine?
13
Could the Muramasa Blade cut through Adamantium? What can't it cut through?
36
What's the strongest material in the Marvel Universe?
8
How does Superman fasten his cape to his costume?
8
What material is Ord's weapon made of?
12
Adamantium in the MCU?
13
Can speedsters phase through Kryptonians?
5
Do the Star Wars Marvel Comics have their own universe designation?