Are Pokemon farmed and eaten?

Meat seems common in Pokemon. Does meat come only from real-world animals or are Pokemon also hunted and farmed for meat? In the real world, some animals are designated as pets and eating them is criticized. Is there a "pets and food" ethical distinction in the Pokemon world, which draws the line at eating Pokemon, or designates certain Pokemon as food?

This article at Modern Farmer, "The Food Politics of Pokémon", is actually pretty in-depth and covers both the games and the anime. (See also this Bulbapedia article.)

Miltank is farmed for its milk in the anime. It's never stated outright whether their meat is also used; although hamburgers are eaten on the show, non-Pokémon cows are implied to exist in the show's universe (and other animals do exist).

Other Pokémon are eaten, though they are not farmed.

In the games, the black-market delicacy "SlowpokeTail", the tail of a Slowpoke, is sold by the evil Team Rocket. Presumably Slowpokes are poached for their tails, not farmed.

In the anime, the Pokédex says that Farfetch'd is nearly extinct because it has been over-hunted for food. It's not clear whether this is poaching or legal hunting.

In the games you can also read a Sinnoh Folk Tale that say that people catch/caught Pokémon in the sea or stream and ate them. It also says that when the bones are thrown back into the sea, they'll regenerate. The last part is probably a folk tale, but the fishing and eating of Pokémon might be true.

According to the games' Pokédex, the Pokémon Basculin is "remarkably tasty", insinuating that they're eaten by humans. (Thanks, DisturbedNeo.)

In S1 E49* So close, yet so Fafetch'd we have a PokéDex entry that clearly indicates Pokemon are eaten:

Farfetch'd, a wild duck Pokémon. Farfetch'd makes a delicious meal, especially when cooked with leek. Because of this, Fafetch'd is nearly extinct. 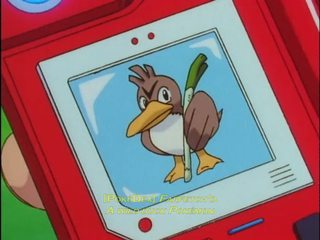 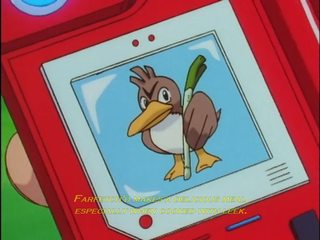 Early in the season, on E15 "Pokémon Shipwreck", we see the stranded group daydream about eating Magikarp, to the point that Meowth actually tries to eat one but breaks his teeth on Magikarp's armored scales. 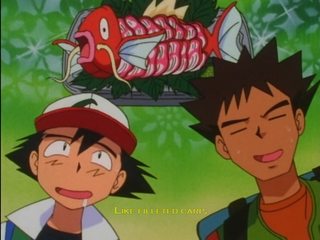 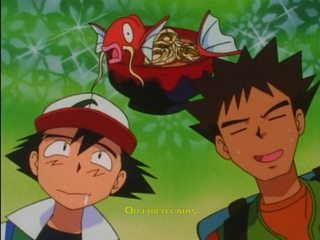 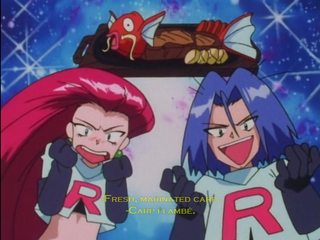 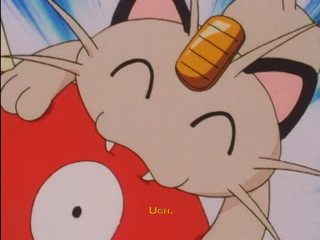 Filleted, fried, marinated! The only thing Magikarp is good for is a meal!

Much later in the anime, in the Diamond and Pearl series, E144 An Egg Scramble! shows people drinking MooMoo Milk and eating ice cream made from it. It's generally known that MooMoo Milk comes from Miltank: 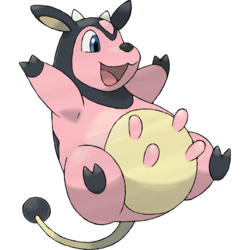 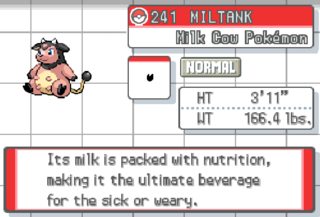 In the games, you get the milk on MooMoo Farm, and have to help heal their Miltank. In the manga, Miltank Melee, MooMoo Farm is also featured, and also includes a sick Miltank that starts producing milk again once healed. The key word here is farm.

There's also ranches, such as Laramie Ranch, but the show doesn't indicate that any of the cattle-type Pokémon there are eaten, instead their raised to be stronger for trainer battles.

As I was looking into this details (some of which are pretty fresh to me, as I'm rewatching the series with my oldest child), I found that several of these cases are covered in this Bulbapedia article's section "Human's eating Pokémon" and "Food produced by Pokémon".

However, most of the concepts of Pokémon being food go away as the games, anime and manga go on. Those early episodes also included other oddities, such as a variety of giant Pokémon (in several episodes), and references to real-world locations (such as Melvin the magician that wants to perform in Las Vegas) and historical figures that are generally phased out.

*Some numbers are different than those listed on sites like Bulbapedia, I'm using the numbering used by Netflix, which is where I'm actually watching the show.

44
Where do new Pokemon come from?
50
Why do Pokemon obey their trainers?
13
Can Pokemon die inside their Pokeballs?
4
Are Pokemon tied to their Pokeballs?
8
Why are Pokeballs restricted to containing Pokemon?
6
How do Pokemon trainers collect their winnings?
7
Are humans in Pokemon as strong as Pokemon or as weak as humans?
5
What Pokemon is this?
12
How common is Pokemon training in the Pokemon Universe?
0
Are humans officially immune to Pokemon attacks?