Who is Death talking to at the end of "Death: The High Cost of Living"?

In Neil Gaiman's Death - The High Host of Living, at the end when Death returns back from her mortal form, we see someone was waiting for her; who was this person she was talking to? 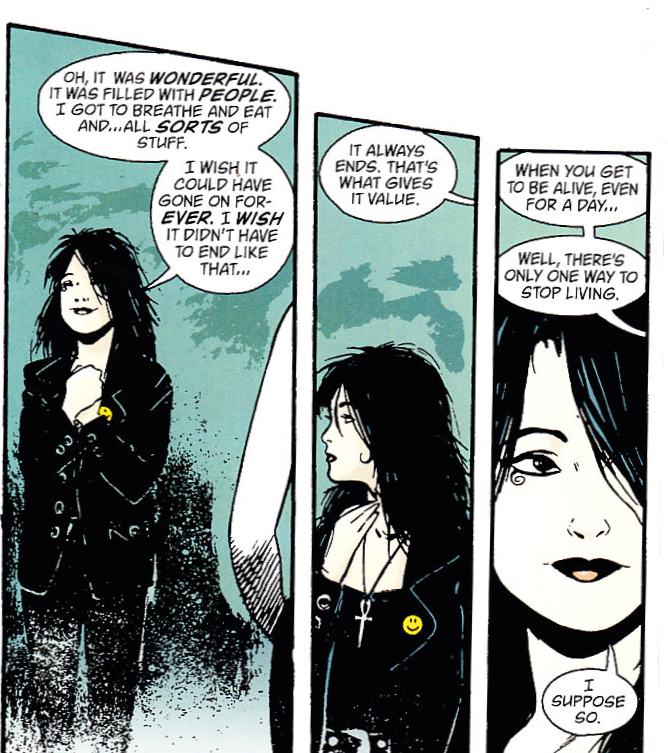 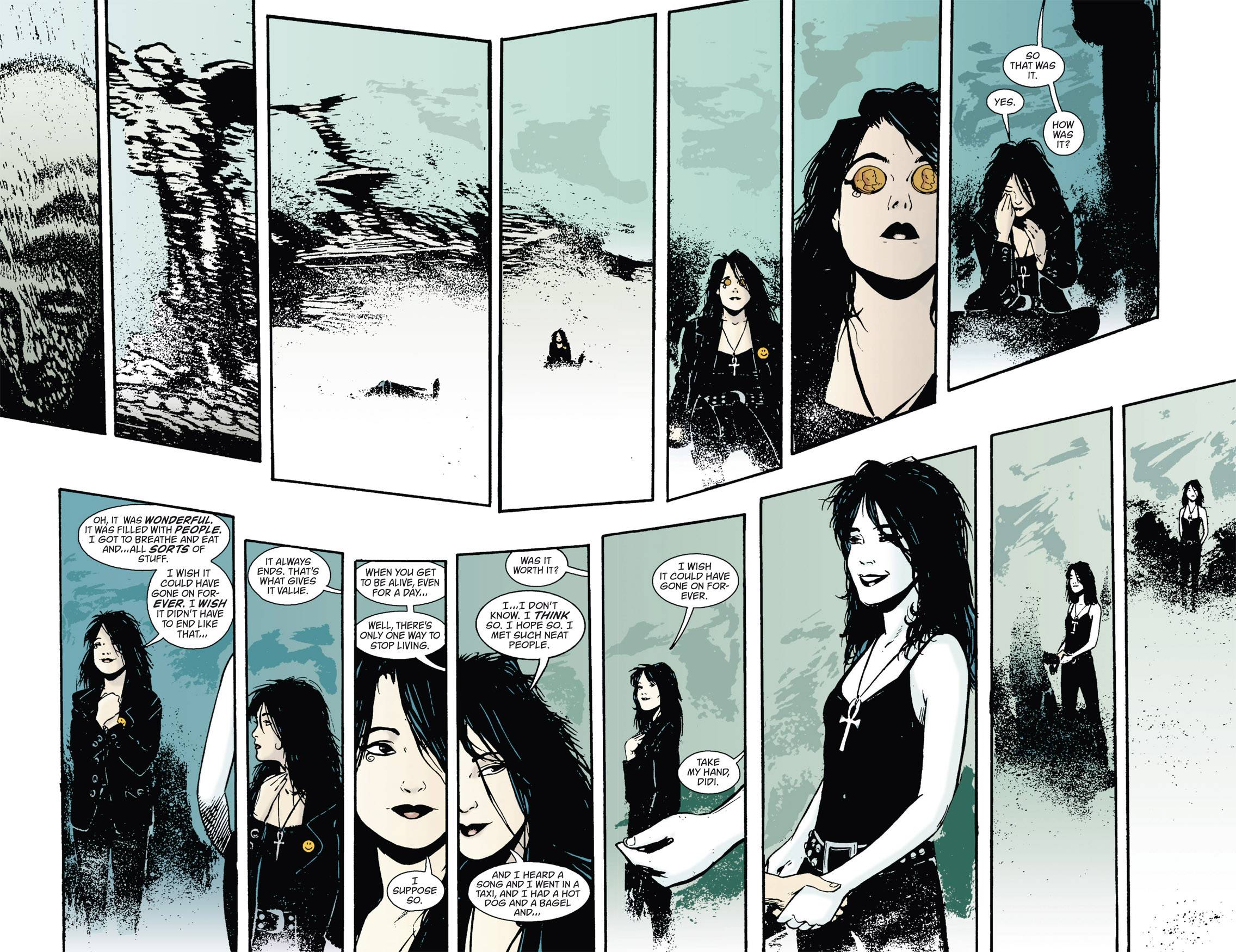 As a part of her duties, once a century Death has to take a mortal form and live a day among living things. I interpreted Didi as a temporary Avatar for Death. In the same way as
spoilers from the ending of The Sandman series!

Daniel Hall became the next Dream,

Didi became Death. But also remained Didi. She is both Death, and Didi.

Not the answer you're looking for? Browse other questions tagged character-identification the-sandman vertigo-comics or ask your own question.

8
How will Death of the Endless die?
5
Is Death supposed to have a scythe?
20
What world did Odin offer Sandman?
7
What is the relationship between Death of the Endless and Daniel Hall like?
4
Who was the bum?
3
Did Neil Gaiman base Dream's eyes' appearance on Terry Pratchett's Death?
16
Who drew this depiction of Morpheus (from "The Sandman")?
5
What is the chemistry behind Element Girl's death?
8
What is the out-of-universe reason Lucifer Morningstar's new bar called "Ex Lux"?
5
Swanwick's Dragons of Babel. Who is the girl at the end?