Have Chitauri been in Marvel movies?

The Chitauri made the scepter that Loki used to carry the Mind Stone around in The Avengers movie. The Chitauri also made a weapon that Ned and Peter Parker played around with in Spider-Man: Homecoming.

Have Chitauri themselves been in any Marvel movies? If so, which movies and which characters?

The Chitauri are the alien fleet in The Avengers that Loki leads in the invasion of New York. All the Chitauri parts that we see in Spider-Man: Homecoming were salvaged from the alien wreckage of that battle. 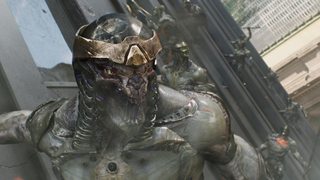 The Chitauri in the MCU are roughly taking the place of the Skrull race, since I believe Fox has the rights to the Skrull as part of their Fantastic Four deal.

None of the Chitauri were ever individually identified. Their leader during the invasion was Loki, and their "boss" was Thanos. The Chitauri themselves were nameless drones (literally -- since they are some type of cybernetic race, when their mother ship is destroyed they all shut down.)

As far as I am aware, other than the appearance in Avengers, every other reference to the Chitauri in the MCU (movies or television) has been by name or "archive footage"; we've never seen a living Chitauri before or since. There was, however, one in Guardians of the Galaxy in The Collector's museum: 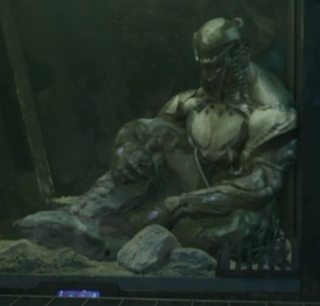 24
Why did all of the Chitauri soldiers suddenly die?

5
Why did Thanos plan the Chitauri invasion when he only needed Tesseract?
3
Is the scepter inherently evil in the Avengers?
3
How does the Mind Gem in the Chitauri Scepter brainwash people into loyalty and obedience?
37
Would the Ancient One have defended the Earth from a Chitauri invasion in the Avengers absence?
11
Why does Spider-Man's suit have this feature in Homecoming?
4
Where was the Chitauri weapon hidden?
12
Do Ned and Liz have equivalents in the Spider-Man comics?
7
Which Marvel characters have STIs?
8
Is Peter's aunt May Parker Italian?