Gil-galad: Did he die? How?

I read a little bit, but I'm not sure. Did he die, and how? If he didn't die, then is it known what happened to him?

We learn of Gil-Galad's fate during the exposition scene Council of Elrond. According to Isildur's chronicle of the battle with Sauron, Gil-Galad was burned to death by Sauron's hand.

What evil it saith I do not know; but I trace here a copy of it, lest it fade beyond recall. The Ring misseth, maybe, the heat of Sauron's hand, which was black and yet burned like fire, and so [with which] Gil-galad was destroyed;

The Fellowship of the Ring: The Council of Elrond

And from The Silmarillion we have a third-party account. Sauron was facing two enemies and managed to kill both but was knocked down in the process.

But at the last the siege was so strait that Sauron himself came forth; and he wrestled with Gil-galad and Elendil, and they both were slain, and the sword of Elendil broke under him as he fell. But Sauron also was thrown down, and with the hilt-shard of Narsil Isildur cut the Ruling Ring from the hand of Sauron and took it for his own.

The Silmarillion: OF THE RINGS OF POWER AND THE THIRD AGE 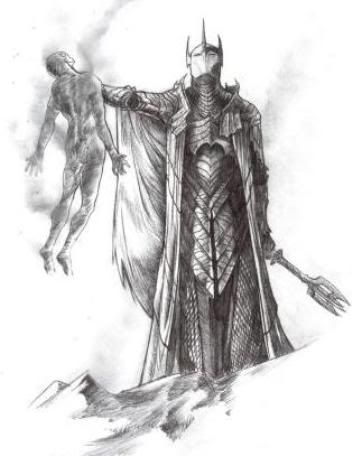 28
What was Sauron reaching for?

50
Can the Valar or Maiar die?
36
Did Shelob Die?
5
How did Turgon's wife Elenwë die?
30
Why does Sauron face Gil-galad and Elendil at Mount Doom?
28
What is the parentage of Gil-galad?
12
How large is Aragorn's Reunited Kingdom?
0
How did Sam know what happened to Boromir?