Why does snapping your fingers activate the Infinity Gauntlet?

In Avengers: Infinity War, up until Thanos

gets all six Stones

in order to use the Gauntlet he needs to close his fist, as we see in the fight scene on Titan.

So why later does snapping work?

marvel marvel-cinematic-universe avengers-infinity-war
Share
Improve this question
edited May 17 '19 at 14:57

Closing the fist to use the Stones: The writers created this rule to even the fight

Mentioned by McFeely in an interview revealed,

“As you can imagine, when you have a gauntlet that has nearly unlimited power, and every time you use it you can do what you want ... we wanted to create small physical rules that would allow people to hang in a fight with him, so the idea that he had to, you know, close his fist to use a stone was the bare minimum that allowed us to have a fight,” McFeely said.

In an interview when asked, "Why a snap and not any other gesture?",

"It seemed the most dismissive gesture that I could come up with at the time. I wanted something casual, but something that would have a hook to it. I never in a million years imagined it would become this pop culture moment that it has become," Starlin said.

I believe any action you do with your hands doesn't really matter, controlling the Infinity Stones and so the Infinity Gauntlet appears to be more down to mentally doing so rather than any gesture. In fact we've seen Thanos use the Gauntlet without making a fist before, for example, when using the Power Stone in Avengers: Infinity War. 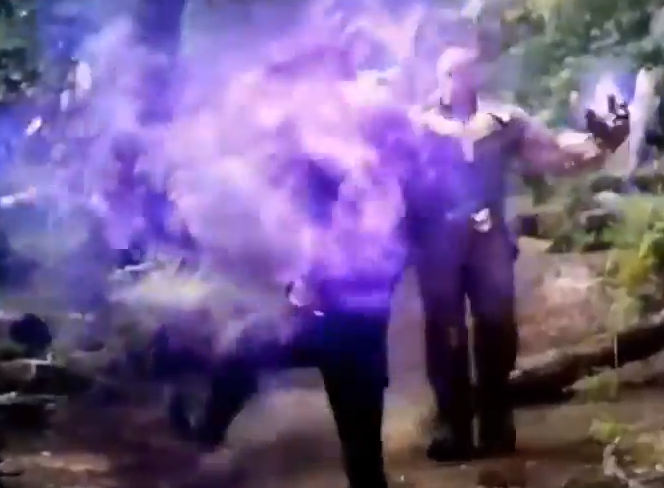 Gamora and Thanos both say he could do it by snapping his fingers but I think they're saying it figuratively rather than saying it is actually required.

Gamora: If he gets all six Infinity Stones, he can do it with the snap of his fingers, like this.

Thanos: With all six stones, I could simply snap my fingers, and they would all cease to exist. I call that...mercy.

Further Jim Starlin has said he chose the snap gesture because it was casual and looked good. Of course this is from an out of universe perspective and about The Infinity Gauntlet comic run that The Infinity Saga draws from but it helps understand it a bit more I think.

His answer: "It seemed the most dismissive gesture that I could come up with at the time. I wanted something casual, but something that would have a hook to it. I never in a million years imagined it would become this pop culture moment that it has become," Starlin said.

"But it was basically a contemptuous way of executing what he was planning on doing at the time. And it looked good with the gauntlet."

Mashable, Thanos' snap is all over 'Avengers: Endgame.' But why the heck was it a snap?

For the same reason that computers have Enter keys, and SQL has the GO command.

What it will be doing is quite likely destructive process, so you don't want it dynamically acting on your orders (/desires/wishes) in real time until you've got all the exceptions, caveats, parameters, and whatnot laid out in your head. Otherwise one could imagine it would be like "Remove everyone from existence, except...." (Infinity Guantlet falls to the ground amid a pile of black ash).

So some kind of initiator is needed. It could probably be anything (eg: splitting your 3rd and 4th fingers apart and uttering "live long and prosper". Tapping one of the stones with a finger from the other hand, whatever you've prearranged.), but it needs to be something to tell the stones to execute your fully formed and complete commands.

4
For all Infinity Stones to be used, did it have to be a snap? Or was that Thanos' choice?
2
Is there a specific rule for a socketed Infinity Stone's weapon to be able to unleash the power of the stone?