Are all instances of trolls turning to stone ultimately references back to Tolkien?

Are there any antecedents other than Tolkien for trolls turning to stone?

When I was a kid, I remember trolls appearing in one of the earliest episodes of The Real Ghostbusters (the fifth episode "Troll Bridge"), the plot is resolved by having one of the trolls apparently* turned to stone after being shot with the Ghostbusters' proton packs. 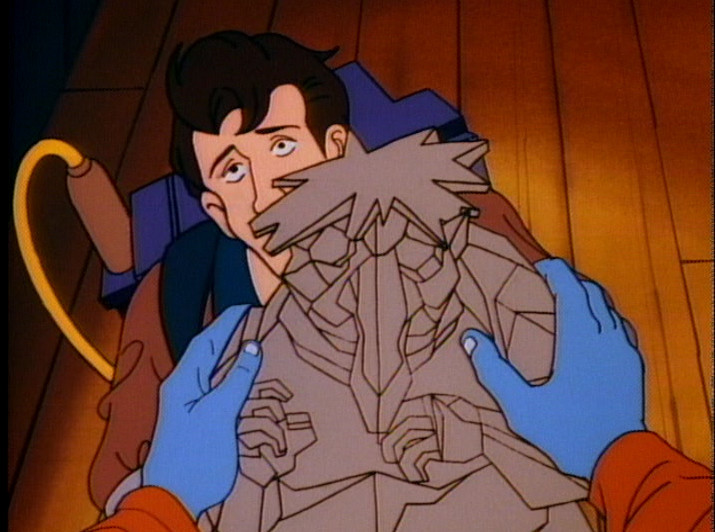 As a kid, familiar with The Hobbit, this seemed like perfectly logical outcome for a troll bombarded by highly energetic particles. The episode also invoked classic elements of troll folklore, particularly in having a group of trolls emerge from under a bridge to occupy the span.

Years later, it occurred to me that I was not familiar with any older folklore tradition of trolls turning to stone. My own feeling of familiarity with the notion came entirely from Tolkien. So is The Hobbit really the original source for trolls that turn to stone (under whatever circumstances)?

*In fact, the stone troll was a fake—a garden statuette modified to fool the other trolls. So it was actually left unclear what would have happened if the Ghostbusters had shot one of the trolls.

Trolls have turned into stone for a very, very long time

One example is the myth about "the seven sisters", which tells the story of how seven trolls in Nordland, Norway, was turned into mountains when the sun rose. The myth was referenced in writing by the poet Peter Dass (1647 - 1707).

This peculiar weakness of trolls is again referred to in "Norwegian Folk Tales" by Asbjørnsen and Moe (1841). In the story Lord Peter the troll burst when the sun's rays hit it. Conversely, in "Fiskersønnene" ("Fisherman's sons") a Troll is able to turn humans into stone, something the hero manage to reverse after killing the troll in a more conventional manner. The trope is repeated in The giant who had no heart

Seven trolls in Norway, turned to stone by the sun Image: Public domain by Event

Speculating further, we can note that the seven sisters is just one of several origin myths for landscape formations in Norway, which involves trolls. (e.g the troll-like Styggmann formation, Blåmannen mountain, the Jutulhogget canyon and explanations for glacial erratics and Giant's kettles) In stories, the trolls are often referred to as "Jotun", showing the link back to "Jötunn", the frost giant antagonists of Norse mythology. It is possible that "giant turning into stone in fight with a god" was a recurring theme in pre-christian myths. In fact, Norse mythology, which was prevalent up until about 1000 AD, tells us that the whole world was created from the corpse of Ymir, the ancestor of all Jötunn.

So not only did trolls turn into stone, but you are standing on one of them!

Not the answer you're looking for? Browse other questions tagged tolkiens-legendarium history-of the-hobbit trolls the-real-ghostbusters or ask your own question.

30
Why did Christopher Tolkien remove all references to England and Ælfwine from the published Silmarillion?