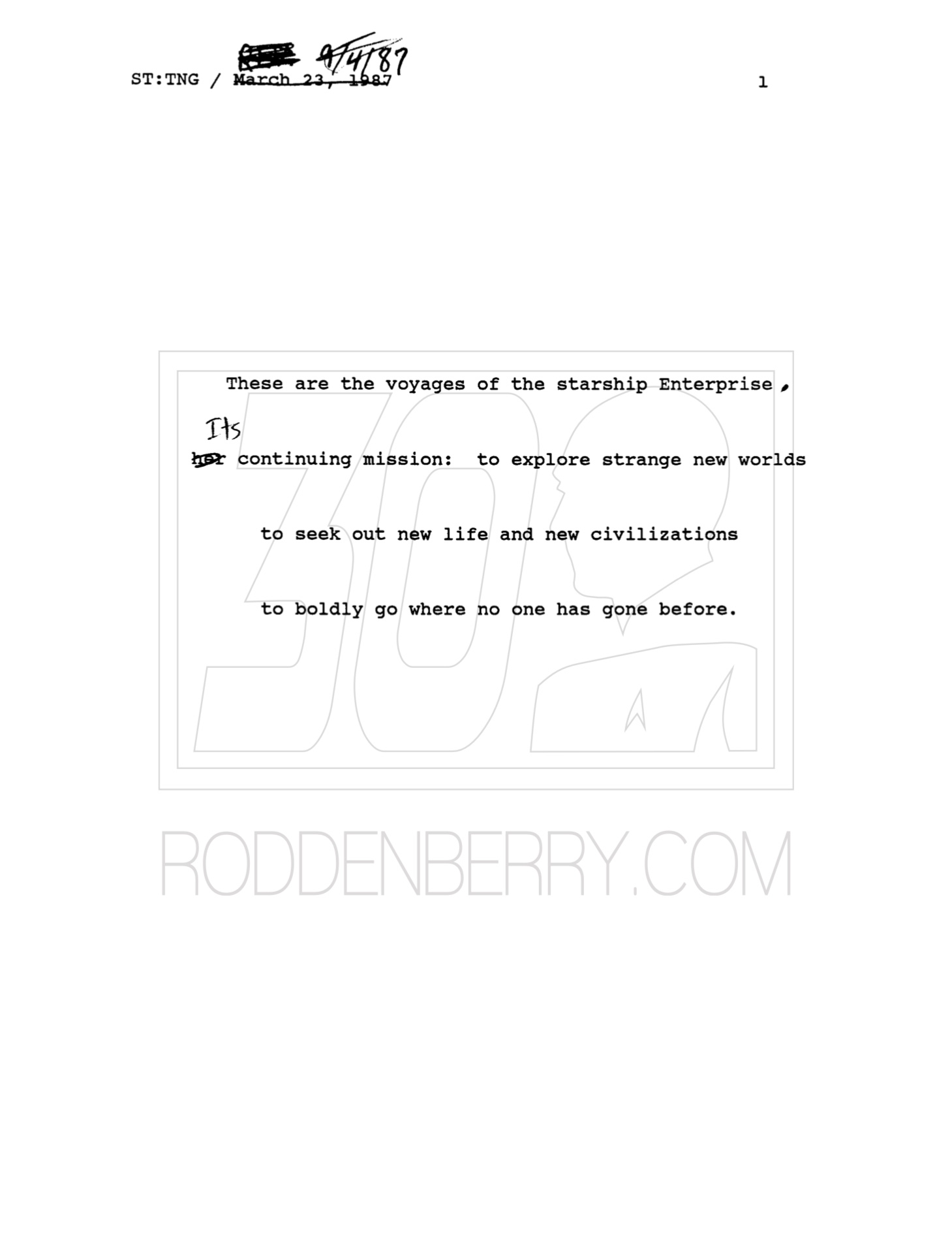 However on the official Startrek.com owned by CBS the Enterprise has female pronouns.

Also, in ST:The Battle Data reviews the logs from the Stargazer which is referred to as a female:

DATA: The last entry dated nine years ago, sir. By you. (reading screen) We are forced to abandon our starship. May she find her way without us. Apparently she did, sir.
CRUSHER: How do you feel, Captain?
PICARD: Oh, I'm fine, Doctor. Lieutenant Yar, run a structural analysis on the Stargazer for an impulse tow. Data, download all computers to the Enterprise and file. I'm going to look at my old cabin.

What is the official canon and how does Discovery treat this?

The best explanation is that Roddenberry wanted to accentuate the shift in pronouns in the introduction. The original was rather infamous

Space: the final frontier. These are the voyages of the starship Enterprise. Its five-year mission: to explore strange new worlds. To seek out new life and new civilizations. To boldly go where no man has gone before!

It would seem rather silly to take out man, but change the original phrasing to refer to the ship as her.

This doesn't change proper English, however. Ships are traditionally referred to with female pronouns and we see the Enterprise is no exception. From The Ultimate Computer (TOS)

KIRK: Lieutenant, get Daystrom up here. Disengaging M-5 unit. Cut speed to warp one. Navigator, go to course one one three mark seven. I want that ship given a wide berth.
SULU: She won't respond, sir. She's maintaining course.

KIRK: All right, Mister Sulu, Let's see what she's got.

From Lonely Among Us (TNG)

DATA: If the Enterprise were really this fragile, sir, she never would have left Spacedock.

Later in the same episode

AMELIA: How fast?
PARIS: Warp nine point nine. In your terms, that's about four billion miles a second.
AMELIA: Think I could take her out for a spin?
PARIS: Well, er

I could go on, but I can't find anywhere where they made a huge deal about not using a female pronoun for the ship

Vessels have always been female, nouns are gendered even in English.

eg; "she cannae take much more of this, Captain!"