The undersea kingdom of Atlantis is an established fact in DC canon; it's where Arthur Curry [Aquaman] hails from, and that origin is the reason for his powers. However, traditional "merpeople", with tails and fins, also exist; one of Clark Kent's [Superman] most notable romances is with a girl named Lori Lemarus, who happens to be a full on mermaid. Lori mentioned there was some type of connection in an old [Post-crisis] comic, but my memory of it was vagie.

Did they evolve differently from regular Atlanteans?

Why do they still have tails?

and are their abilities different in other ways?

The original answer, according to Miss Lamaris's first appearance in 1959 (Superman no. 129), appears to have been that the Atlantean men had legs, while the Atlantean women had tails. (Note that they did not evolve these fishlike features but engineered them for themselves, which makes this slightly more reasonable.) Aquaman had first appeared long before, in 1941, which may have determined how the artist Bill Finger drew the visible Atlantean male below. 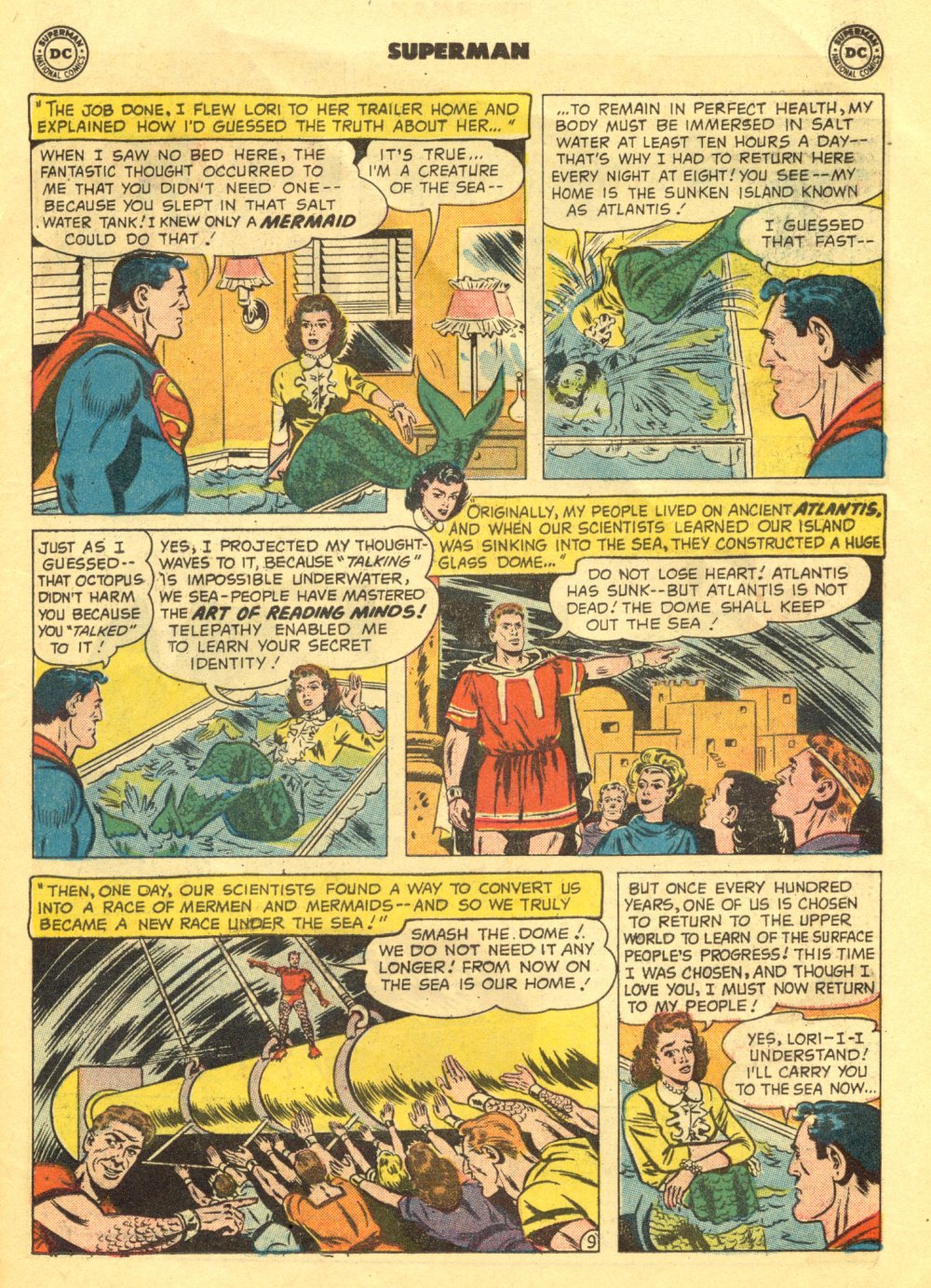 13
Why do the Yellow Rings work backwards from the other rings?
10
What are the other Batmobiles from the first edition of the New 52 Batman?
10
Why is the New 52 Superboy so different from Superman?
21
Why are there so many different bat symbols?
20
Why are Superman and Batman against each other?
1
Why are there different versions of this character?
6
Are there any other villains (aside from Doomsday) who've killed Superman?
10
Why would the Bat-Brand attract violence from other criminals?