Who is the tallest member species in the United Federation of Planets?

I've been looking for the tallest average height but so far the search is proving difficult. It appears that most every member species seem to be roughly the same height. From Human to Vulcan to Benzite, the males seem to average about 6 foot tall. Is there any member species that average much taller? The Klingons seem to average in the 6'4"+ range with some much taller but they aren't UFP members.

Edit: I understand that their height, without CG, will generally be limited by the actual height of the actors in the role. That would limit height to approx. 7 foot or less.

There are several serious contenders mentioned in the EU novels.

Fleet Admiral Akaar (a Capellan) is 2.5 metres tall. Apparently his height was not atypical of his race.

And the third person towered over everybody. Fleet Admiral Leonard Akaar, who had been the Starfleet liaison to the president since Admiral Ross’s retirement last year, was from Capella IV, where they bred them big. The admiral—who had passed his centennial birthday—was two and a half meters tall, with long white hair and the face of a man who had pretty much seen everything.

One of the Briamosite delegates is approximately 2.5 metres tall.

"This is Sarvus, Leader of all the Briamosite systems, final arbiter of multiple-world decisions." Pliver introduced them to the elegantly appointed, two-and-one-half-meter-tall Briamosite who had stifled his laughter at Uhura-kirk's comment. "And Vice-Leader Chellea," Pliver continued, indicating the tallest member of the naturally towering alien delegation.

Although the novel doesn't end with an explicit agreement on a treaty between Briamos and the Federation to join, that was the purpose of the visit, which ultimately ended with a big thumbs up from the Briamosite delegation. Additionally their planet and its surroundings are seen in the Star Trek: Star Charts factbook in solid blue, strongly indicating Federation membership.

As to the tallest member seen on screen, that's probably a tie-in between the Arkenites at 2.2 metres 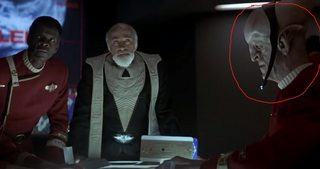 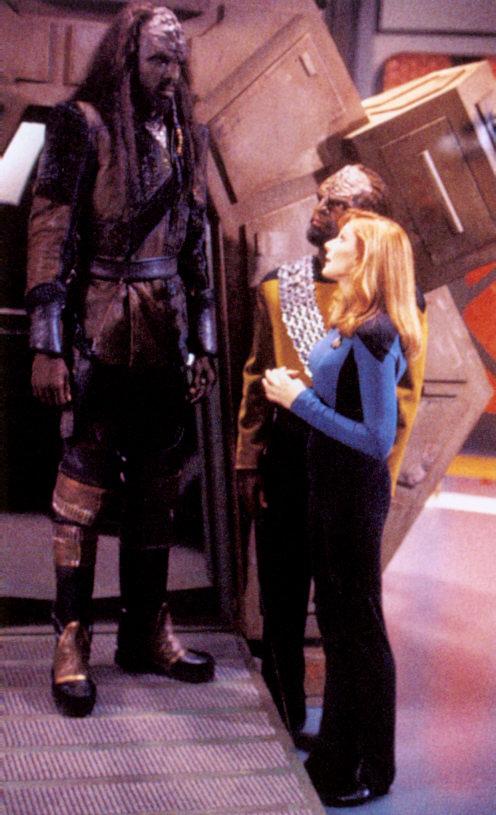 42
Did the Klingons join the Federation?