What do the colors in the ID plates worn by the Rebel Alliance mean?

Ask Question
Asked 1 month ago
Modified 4 days ago
Viewed 199 times
11
The bounty expires in 2 days. Answers to this question are eligible for a +50 reputation bounty. Bingo Mehndra wants to draw more attention to this question.

We can observe in the movie Star Wars: The Empire Strikes Back (1980) that rebel soldiers, snowspeeder pilots and sensor controllers, stationed at Echo Base on Hoth, wore uniforms with distinguishing rectangular grey ID plates displaying a horizontal row of four square colored buttons.

Luke Skywalker has the mentioned ID plates in his orange snowspeeder flight jacket and winter uniform. Princess Leia has an ID plate at the top left side of her white officer uniform, and Han Solo sports an ID plate in his winter uniform. The square colors on the plates vary from one to another character and uniform.

The plates in question resemble an electronic device and are different from the rebel domino type rank insignia with dots wear by officers like General Carlist Rieekan.

Rebel base outpost, safe world and Fleet personnel wear identification plates. ID plates are magnetically encoded with their wearer's rank and clearance. Security door scanners read the ID plates and will deny access (and possibly sound and alarm) if the wearer attempts to enter an area he is not cleared for. The ID plate is usually wore on the chest, opposite to rank insignia.

The Star Wars Visual dictionary (by DK) and the Star Wars Technical Journal volume 3 (by Stalog) identify the ID plates as a rank badge insignia and none of them elaborate on the plates.

Is there any explanation of the meaning of the four square colored buttons in those ID plates? 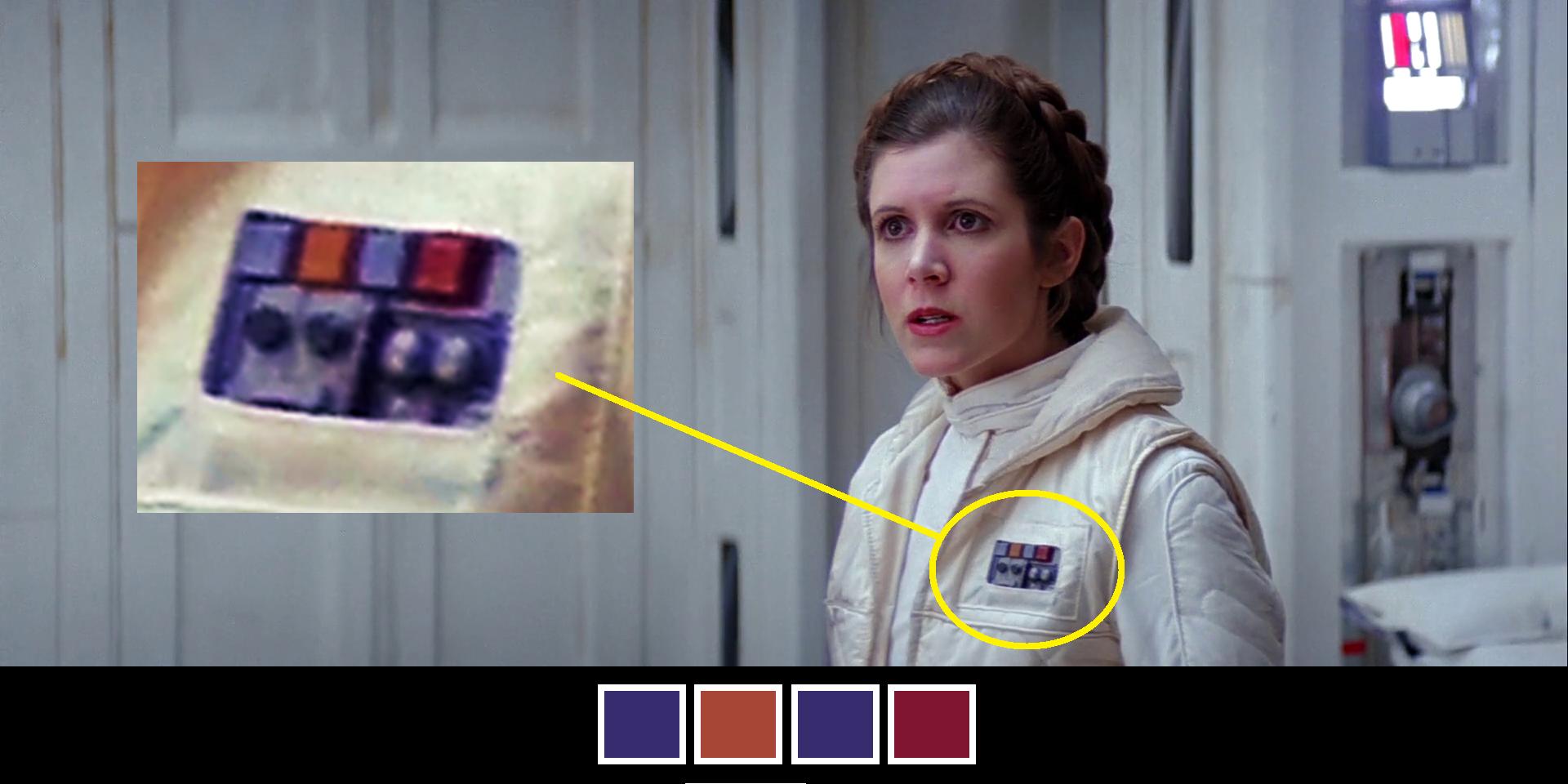 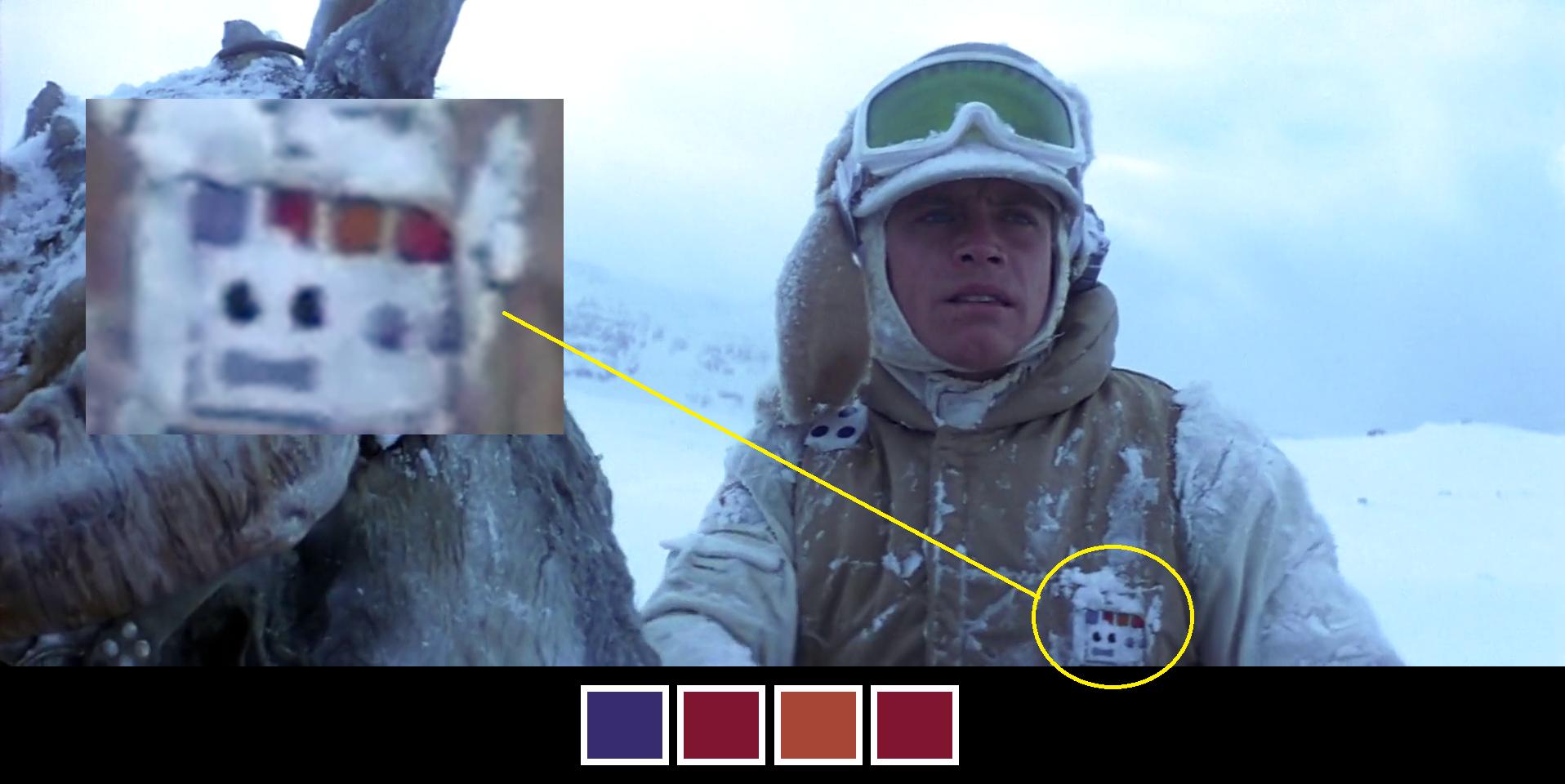 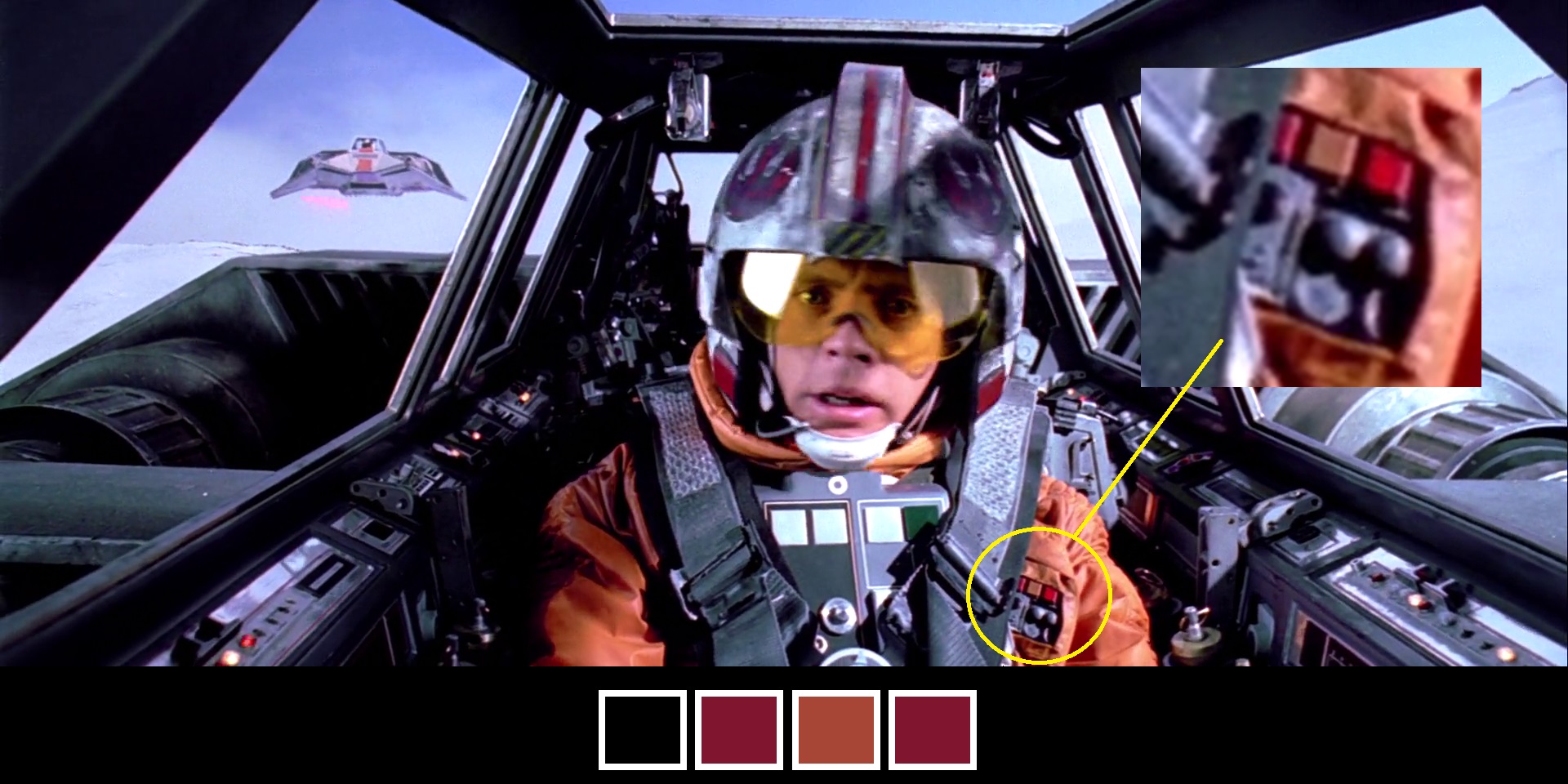 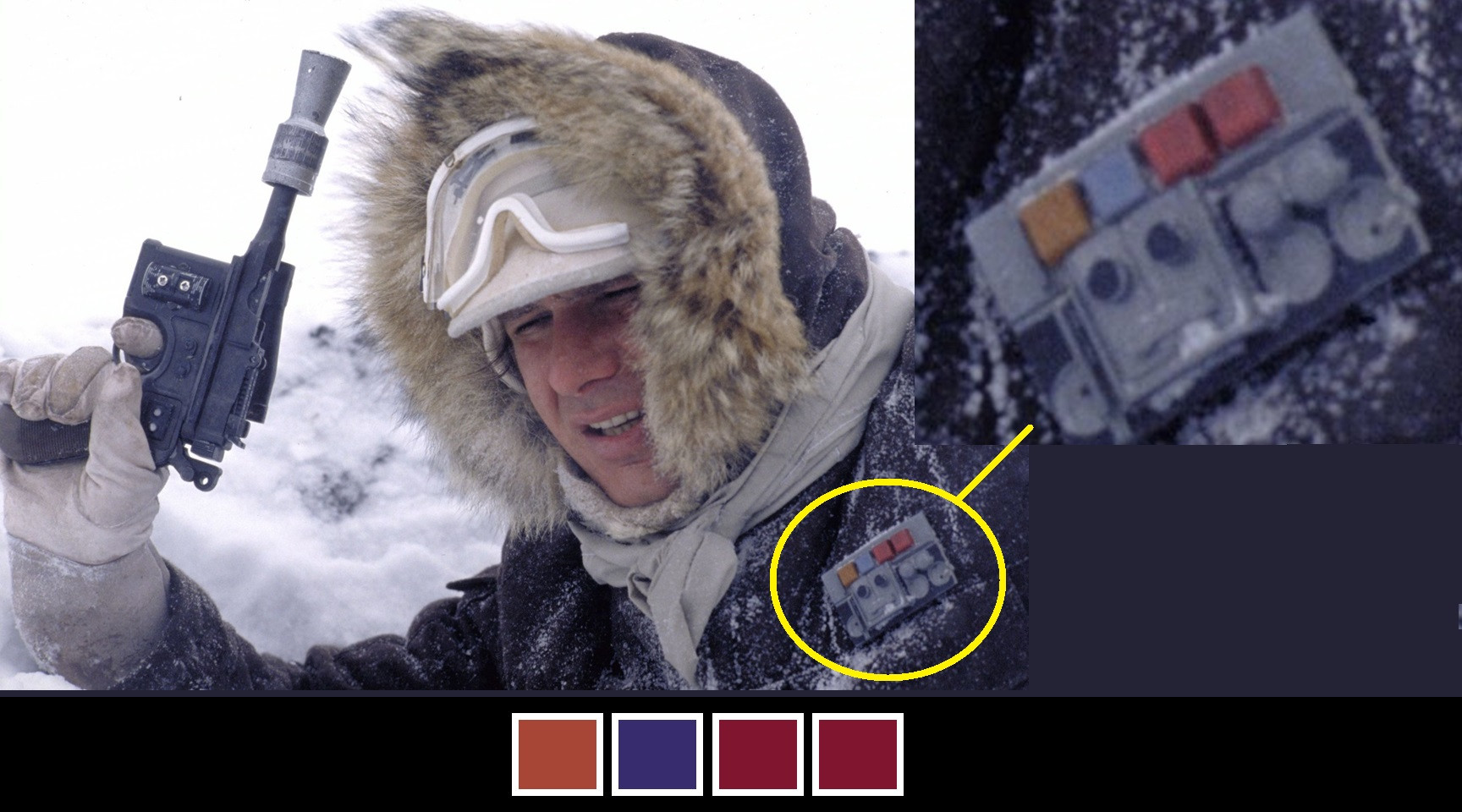 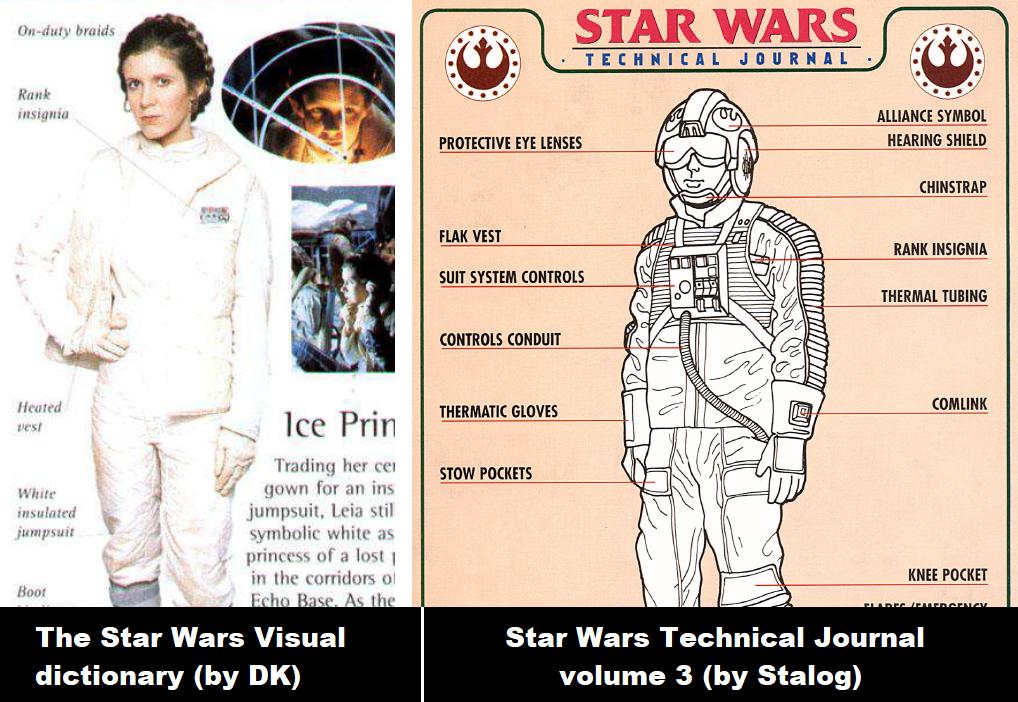 Browse other questions tagged star-wars the-empire-strikes-back object-identification or ask your own question.

3
What are the lower Rebel Alliance ranks?
17
In universe answer for Rebel uniforms in *Star Wars Episode IV: A New Hope*?
46
What does the Rebel Alliance logo represent?
31
Do we ever see regular (non-stormtrooper) ground troops?
51
What are Imperial officers wearing here?
4
Did the Rebel Army in Star Wars have any in-canon rank and squad insignia?
20
Was Luke Skywalker the leader of the Rebel forces on Hoth?
4
Who is the character in a suite at the DS-1 Orbital Station overbridge?
13
Were the distinctive elements of the uniforms snow troopers from The Empire Strikes Back based on any particular real-world uniforms?