Are the Cybermen in "Assimilation²" Mondasian or Cybus?

Star Trek: The Next Generation/Doctor Who: Assimilation2 is a great comic, but what's the deal with the Cybermen in the flashback? 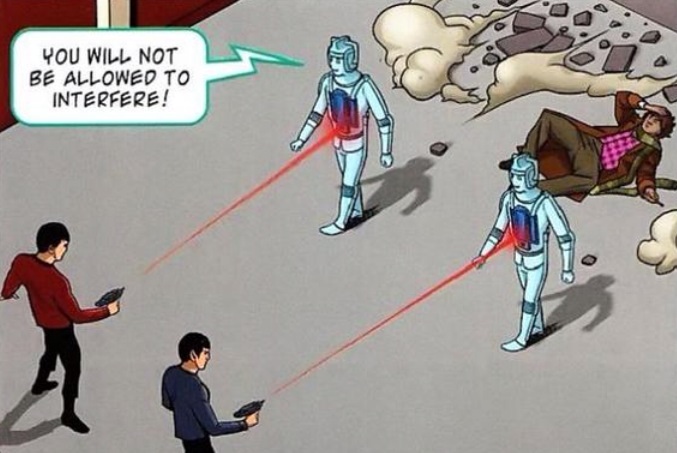 They have the enormous earcovers and smooth lines of the Mondasian Cybermen from early Who: 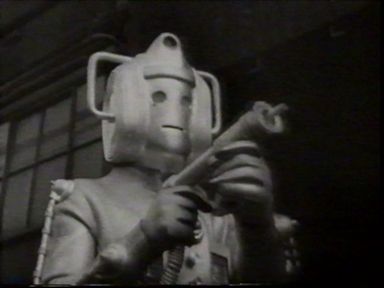 On the other hand, the Cybermen we see during Picard's time...

...have the distinctive cheekbones and smaller earpieces of Cybus Cybermen from "Pete's World." 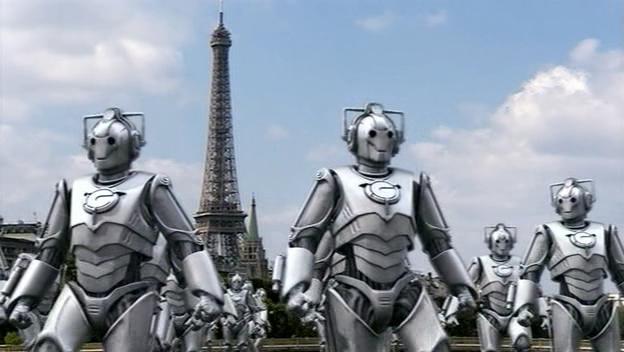 (The allergy to gold would've been a strong indication that they're all Mondasian, but Nightmare in Steel provides the exact same problem: Cybus-looking Cybermen --though we don't know where they come from-- with an allergy to gold which the Doctor can really only know about because he thinks they're Mondasian.)

Although meta-level answers might be necessary, answers that boil down to "timey-wimey" or the MST3K mantra will be considered unhelpful.

IMO this has been an art decision, rather than something story related.

The Cybermen from the new series aren't considered to be different to those found in the classic episodes, possibly just more recent versions.

The parallel earth Cybermen (from Cybus) are special in their way, as they just started at that step (plus a different origin for the "C" on their chest). At the same time you could argue that they essentially retconned their appearance (but then again there's a classic head found in the museum the Doctor and Rose visit in season one).

But a different (and probably easier) approach/explanation: They intentionally used the old style as this plays in TOS era. If you look at the image you provided, the Doctor (it's him I assume?) looks a lot more like the classic doctors, wearing more colorful clothes, etc. with long curly(?) hair. So they might have used classic (or TOS) style Doctor Who for the TOS parts of the comic and modern Doctor Who for the TNG parts?

Also, just to note: I wouldn't compare the cybermen heads, because these differences could indeed be caused by the drawing style alone (except the brow line above their eyes). But look at their torsos, they're definitely not using the modern design (unless that's some kind of additional armor or whatever).

It's because the Mondasian and Cybus Cybermen have merged, as of Season 7 of Doctor Who.

In "Nightmare in Silver", the Cybermen are a three-way fusion, combining Mondasian Cybermen, Cybus Cybermen, and the Borg technology they obtained in Assimilation2.

Not the answer you're looking for? Browse other questions tagged star-trek doctor-who star-trek-tng comics cybermen or ask your own question.

10
What happened to the Cybermen in our universe?
7
What's the point on assimilating humans for the Cybermen?
17
Do Cybermen eat?
5
Who were the original Cybermen?
4
What are the similarities between The Borg and The Cybermen?
5
Difference between Mondasian and usual Cybermen
4
Why do the Cybermen coming through the rift move organically?
11
When in Mondas' timeline did they launch their colony ship?
14
Would lightning be an effective weapon against Cybermen?