In which animated Batman series does Harley Quinn first meet the Joker?

What is the name of the animated Batman series where Harley Quinn first meets the Joker, and later goes on to team up with Poison Ivy?

You might be looking for Batman: The Animated Series from the early 90s - the series that first created the character of Harley Quinn.

Harley Quinn made her debut in Joker's Favor (S01E07 of BTAS). Her origin story was detailed in Mad Love, the classic Harley Quinn episode and the series finale of The New Batman Adventures, the series that followed BTAS in the DC Animated Universe (a.k.a Diniverse or Timmverse for Paul Dini and Bruce Timm)

This is what they look like in the older BTAS series. 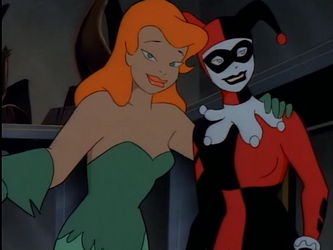 And their look in the newer TNBA 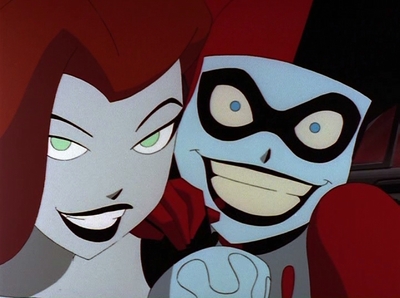 Harley and Ivy first team up in Harley and Ivy (S01E47) of BTAS. Other Harley and Ivy episodes include Holiday Knights, the premiere episode of The New Batman Adventures and Girl's Knight Out (S02E07 of TNBA).

The Gotham Girls webseries, also set in the same universe, had a number of short comedic capers featuring Harley and Ivy (and Catwoman and Batgirl).

Not the answer you're looking for? Browse other questions tagged dc batman episode-identification harley-quinn or ask your own question.