How true to the original vision of Frank Herbert were the sequels published by his son?

Brian Herbert and Kevin J. Anderson based their sequels to original Dune series on research material composed by Frank Hebert before his death.

Are there any sources that describe how much material was found and what it contained?

Anything that can help to evaluate how true both authors kept to the original vision.

I started with the Brian Herbert wikipedia article's references section. There are a lot of sources here but here are the ones I think are the most significant.

First there's this archived blog post by Kevin J. Anderson where you could see those disk :

To the left, I'm posting copies of the actual IBM diskettes containing the files, with the labels "Dune 7 Outline" and "Dune 7 Notes" in Frank Herbert's own handwriting. 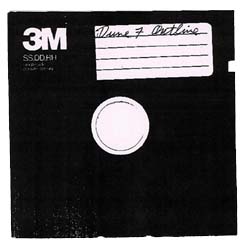 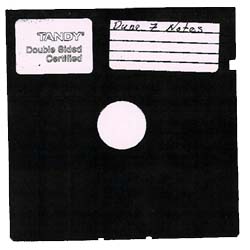 And lower on the blog post you could read :

When Frank wrote HERETICS and CHAPTERHOUSE he obviously intended to complete the story. He had planned an entire epic that tied his chronicles back through his whole projected history.

Frank Herbert wrote a detailed outline for "Dune 7" and he left extensive "Dune 7 notes," as well as stored boxes of his descriptions, epigraphs, chapters, character backgrounds, historical notes -- over a thousand pages worth.

Q: Did Frank Herbert leave you any notes to guide you in writing these prequels?

A: When dad died he was using a yellow highlighter on Heretics of Dune and Chapterhouse Dune. That's all I knew. Then I got a call from an estate attorney who asked me what I wanted to do with two safety deposit boxes of my dad's. I didn't know they existed. So we went down there, and in them were the notes to Dune 7 -- it was a 30-page outline. So I went up in my attic and found another 1,000 pages of working notes. As far as filling in these stories, Dad would say for example, "Between Dune and Dune Messiah it's been eleven years and billions of people were killed in the jihad." That's very enticing. So we're staying right on the Frank Herbert thread of his story line.

The others references are almost the same, except that they all mention getting the notes box in the garage instead of the attic.

Finally, in this interview, there is a passage concerning the possibility of releasing the outline or the notes.

[Q:] Is there any chance to see Frank Herbert's outline for "Dune-7" (we mean the notes) or some other articles devoted to "Dune"? Are you going to publish them anyway? If so, may we have your comments on it?

[A: ] We’ll probably include some notes or correspondence in THE ROAD TO DUNE -- but if we publish the notes and outline, then people will know the whole story! We want readers to get all the details from the published novels.

But the content of the now released The Road to Dune don't mention anything about that, so we could guess they wont publish it since they wrote the books and I don't see any argument to publish it (from their point of view).

So they started from a 30 pages outline and wrote 2 book of 700 pages each. There's also the notes, but we could imagine must of it was background material and they also wrote all the prequels books. So, we could imagine they stayed inside the parameters defined in the outline and notes, but there was some larges blank spaces to fill.

To get an idea of how it does differ one should look at The Dune Encyclopedia, at the single Dune entry not written by Frank Herbert prior to his passing:

Herbert himself wrote the foreword for the Encyclopedia (dated November 1983), which noted:

Here is a rich background (and foreground) for the Dune Chronicles, including scholarly bypaths and amusing sidelights. Some of the contributions are sure to arouse controversy, based as they are on questionable sources ... I must confess that I found it fascinating to re-enter here some of the sources on which the Chronicles are built. As the first "Dune fan," I give this encyclopedia my delighted approval, although I hold my own counsel on some of the issues still to be explored as the Chronicles unfold.

THE DUNE ENCYCLOPEDIA reflects an alternate "DUNE universe" which did not necessarily represent the "canon" created by Frank Herbert. Frank Herbert's son, Brian Herbert, writing with Kevin J. Anderson, IS continuing to establish the canon of the DUNE universe. This is being done with the full approval of the owner of the DUNE copyright, the Herbert Limited Partnership.

Obviously Frank Herbert knew, collaborated with, and approved of the McNelly work but not the later works. The later works started playing with:

But worst, the later works lack that dense compact form of Frank Herbert's writing. You get a great deal of information from his prose that some have referred to as dense writing.

Well I hardly believe that Omnius, Erasmus and the Titans would be the product of Frank Herbert's mind.

The two Facedancer "god" or kind of Kwisatz Haderach, Daniel and Marty is a logical consequence of the original Dune universe as they collect personalities and it leads to the same result where Paul and Leto got by inherit their ancestors memorial. So there are at least two way to became Kwisatz Haderach and Scytale claimed that the Bene Tleilax had created their own one.

Substitute Daniel and Marty with Omnius and Erasmus doesn't fit to the line of original Dune I think it is a total misunderstanding of Frank Herbert's way of thinking. The happy end of the story is as the other. Frank Herbert never give us so simple solutions.

I am quite sure that Anderson's books are not based on Frank Herbert notes.

What was written by BH & KJA as the Butlerian Jihad is based entirely on a single paragraph in "God Emperor of Dune": and there FH specifies that line of future history had been completely averted by the Golden Path. It was a might-have-been, not a "was" or "will be". Other repeated specific FH references to the Butlerian Jihad, right from the beginning in "Dune", emphasize thinking machines as crutches for the human mind. In God Emperor, humans before the Butlerian Jihad were said to adopt a "machine attitude" A specific lesson from "past over-machined societies" FH mentions is "the devices themselves condition the users to employ each other they way they employ machines." Finally, also from God Emperor, "The target of the Jihad was a machine-attitude as much as the machines ... Humans had set those machines to usurp our sense of beauty, our necessary selfdom out of which we make living judgments." This is consistent with the Dune Encyclopedia. In contrast, does any of this sound like the Butlerian Jihad described by BH & KJA?

Not the answer you're looking for? Browse other questions tagged dune frank-herbert or ask your own question.

12
Which books are considered canon when talking about Dune?
11
Can a human eat the flesh of a sandworm?
7
Dune: Appendix III Who/What controlled the higher dimensional plan?

13
How could Reverend Mother Gaius Helen Mohiam be the ((great)grand)mother of people with other/genetic memories, but nobody remembers hers?
5
How Does Duncan Idaho's Ghola Remember Events Beyond the Death of the Original Duncan?
8
Is the mentat mantra in Frank Herbert's original Dune trilogy?
27
Does the quote "The spice must flow" appear in the original Dune series?
4
How were the narcotic effects of Spice discovered?
22
Did the big smuggling outfits operate interstellar vessels that were not controlled by the Spacing Guild?
11
During the Imperial Period how were the Butlerian Prescriptions Enforced.?
4
What was Frank Herbert thinking about equality in his books?
6
Had Frank Herbert planned out the Dune series when he wrote the first book?