Has Superman ever been defeated immediately and easily by a new foe?

Given Superman's great power and few vulnerabilities, it seems that he cannot be defeated without considerable preparation or effort.

But - in any official comics - has Superman ever been defeated immediately and easily by a new foe? If so, when and by whom?

There are hundreds of examples over 75 years where Superman/Superboy, despite their amazing power levels are easily defeated, sometimes by foes with far less power. In fact, it is a common trope that Superman meets an enemy, gets beaten by the enemy, because he is fighting at a fraction of his true power level to protect them from him, and then learns from the beatdown and comes back to win.

Pre-Crisis Superboy gets into a conflict with Ultra Boy and in a matter of seconds, using his Ultra-strength and Superboy indestructible cape, Ultra Boy puts the smackdown on Superboy. This is a case of a character weaker than Superboy beating him. Ultra Boy has the same kinds of powers as Superboy, but each is amplified and greater than Superboy's, but with an inability to use more than one power fully at a time. 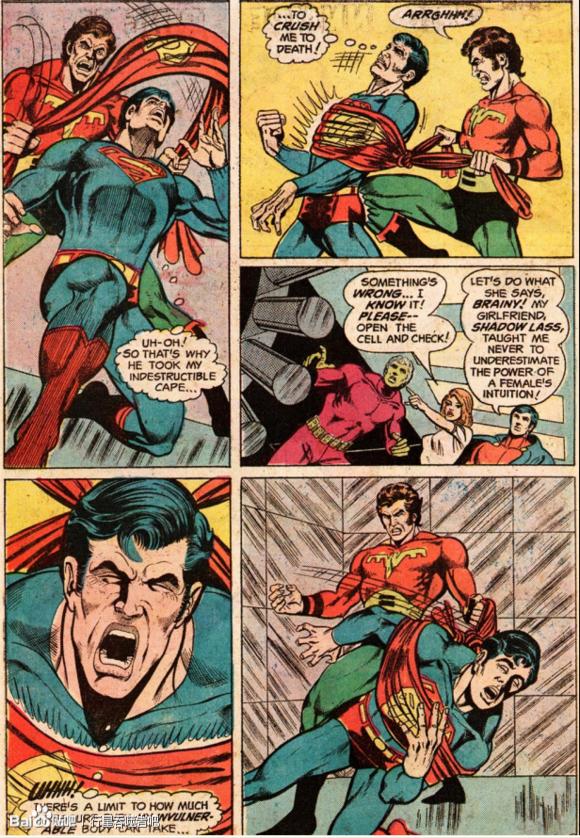 I am sure that is not the only time he has been defeated quickly, but it was the first that came to mind. (Yes, I'm that old)

Two villains he was unable to defeat were David Graves (Justice League 10-12) and Helspont in Superman Annual 1.

One of Superman's most famous defeats came at the hands of Atlas in Superman 679 (Post Crisis era).

43
Who in the DC Universe can stop Superman if he has a breakdown?

17
How powerful is Superman typically, vs ultimately?
3
Why did DC Comics change The Daily Star to The Daily Planet?
2
Has Superman ever won a fight by using brains over brawn? (Except for Heat Vision Lobotomy)
15
How did the Kents raise a super-baby?
5
First time(s) other superheroes acknowledge Superman as morally superior to themselves?
8
Even with his powers, doesn't Superman train and work out?
8
Has Superman ever willingly revealed his identity to Lex Luthor?
6
Is there an early 90s DC series or tales about a race of aliens that could transform and give others powers accidentally?
15
Has Superman ever turned against humanity and been stopped?