Who is this character in the second Batman v Superman: Dawn of Justice trailer?

In the most recent Batman v Superman: Dawn of Justice trailer (apologies, this link will take you to Facebook), we see this character: 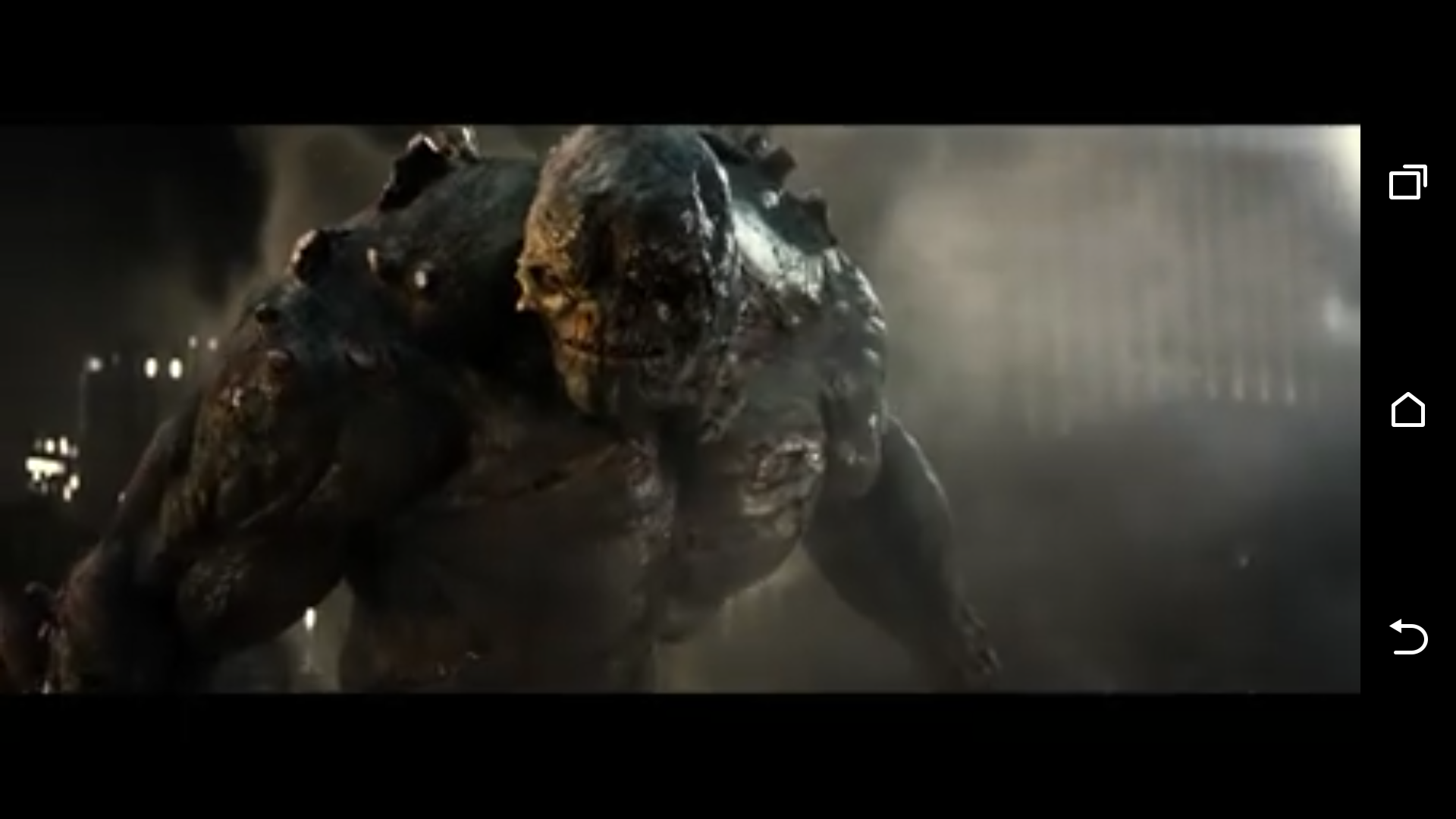 Based on his physical appearance, I assumed it was Doomsday but I don't think Doomsday has heat vision, which this fella seems to have.

So do we know who he/she is?

In the comics, Doomsday is a supervillian who was created on Krypton in ancient times, a long time before it was destroyed.

From the Wiki article;

In a cruel experiment involving evolution, intended to create the perfect living being, the alien scientist Bertron released a humanoid infant (born in vitro in a lab) onto the surface of the planet, where he was promptly killed by the harsh environment. The baby's remains were collected and used to clone a stronger version. This process was repeated over and over for decades as a form of accelerated natural evolution. The agony of these repeated deaths was recorded in his genes, driving the creature to hate all life.

However, this was not the origin of the creature in Batman V Superman: Dawn of Justice.

In the film, Doomsday is created by Lex Luthor combining the corpse of General Zod from Man of Steel with his own human genetic material, via a Kryptonian machine on one of Zod's spacecraft. Luthor indirectly names the creature when he tells Superman that it is "your doomsday" while setting it loose in Metropolis.

This explains the presence of heat vision, which Doomsday does not have in the comics as far as I am aware.

Not the answer you're looking for? Browse other questions tagged dc character-identification dc-extended-universe batman-v-superman-dawn-of-justice or ask your own question.