Is there really "No Underwear In Space?"

In Carrie Fisher's one-woman show, “Wishful Drinking,” she mentions that George Lucas wouldn’t let her wear a bra with her white costume in Star Wars: A New Hope because there was “no underwear in space.”

Is this word-of-god canon, or have other Star Wars properties mentioned the existence of (let’s say human) characters (especially Leia) wearing underwear in the Star Wars universe, and Lucas was just being gross?

I’m most interested in Disney Canon -- now that Lucas's private comment to Fisher has become more well-know through Wishful Drinking's successes (on and off Broadway, as a book, and on film), has there been any underwear in the new canon?

Multiple commenters have noted instances of underwear throughout the Extended Universe/Legends canon, but the "Canon" portion of the Wookieepedia article about “Underwear” (yes, there is one) only seems to list one allusion to underwear (it’s tighty-whiteys) in the current canon (Heir to the Jedi, though they are only theoretical, not literal underwear) and another mention in a canon children’s book that also references a number of out-of-universe things.

To unpack the Heir to the Jedi underwear mention for a second: in Heir to the Jedi (the first entry into Disney Canon) apparently a character meeting Luke Skywalker for the first time says: "You hear about someone blowing up the Death Star... you think someone like that is all about duty and righteousness and wears super-tight underwear." While this suggests that the concept of underwear exists, it's vague whether "super-tight" is the telling detail (as it would be in our underwear-wearing culture) or if it's "wearing...underwear" that is the telling detail in the possibly-underwearless Star Wars universe...

I know it's hard to see, but this is a picture of Anakin after waking up from his bad dreams 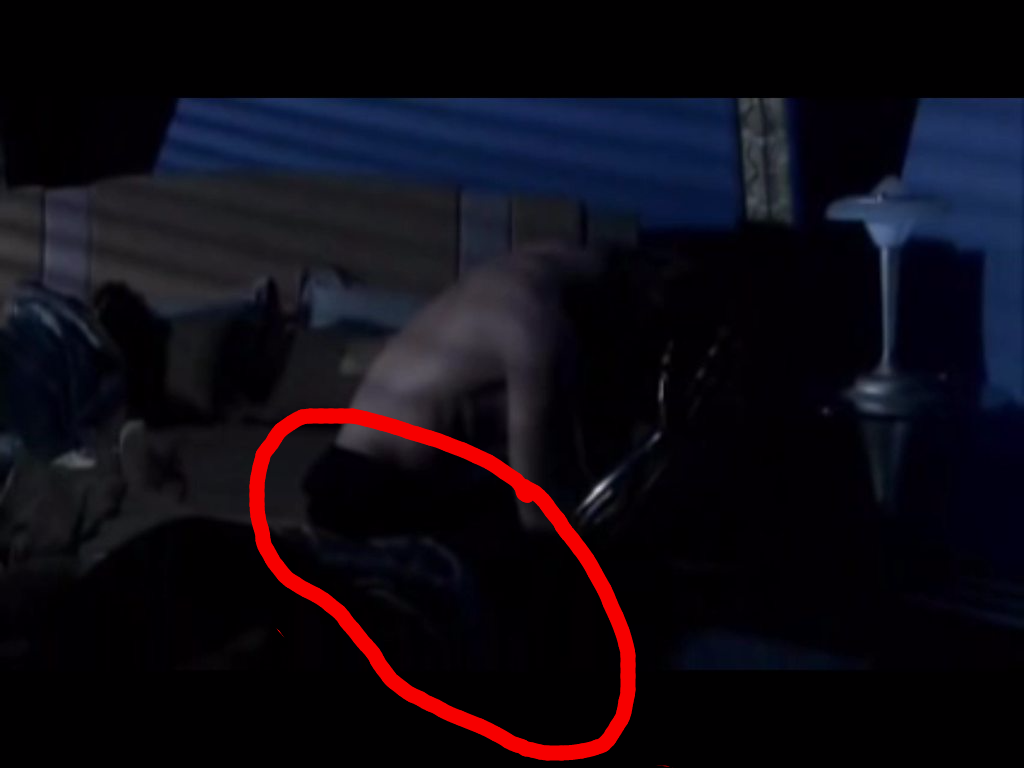 You can see that he is wearing some kind of tight, black garment on his legs. This seems to be at least his sleepwear, and as it is definitely not his normal robe. This seems to be as close as we can find as to underwear in space, but I am still searching. I would say, though, that this does a good enough job of proving Lucas wrong.

It may depend on what you call "underwear" as we see in The Force Awakens; Finn has black undergarments beneath his trooper armor. Although it is full length, we here on Earth have "long underwear"... 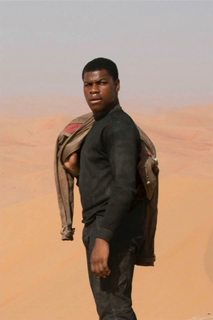 ALSO... I can't believe this was not mentioned in the comments at least... what do we consider this... a gold "bikini", but why would there be swimwear on a desert planet!! 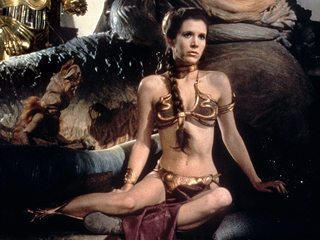 In Addition Luke is seen wearing some sort of undergarment resembling "tighty-whiteys" during his time in the bacta tank in ESB. 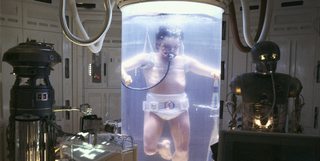 Not the answer you're looking for? Browse other questions tagged star-wars clothing or ask your own question.

10
Where did the idea for Princess Leia's metal bikini come from?

46
When did the Sith enter the Star Wars canon?
12
Did Disney officially call Legends/EU material "Not canon"?
5
How aware were the makers of The Force Awakens of Legends/EU Canon?
35
Why did Obi Wan tell Luke his father wanted him to have his lightsaber?
28
Why does Darth Vader opt to physically strangle Captain Antilles at the beginning of “Star Wars” (1977) instead of “Force Choking” him?
10
Did anyone at LucasFilm acknowledge specific cases of borrowing from EU/Legends?
10
Is Ki-Adi-Mundi married to multiple wives in Disney Canon?
5
Did Solo ever face any repercussions as a deserter from the Empire?