What is the limit of Deadpool's regenerative ability?

Last night I dreamt that I was Deadpool and someone was going to cut out my lungs, and then my heart while I was still alive. This made me wonder, "wow, what did I eat last night that made my mind go there?" But then I wondered, what are the actual limits of Deadpool's healing ability?

It's varied a lot over the years. It's generally good enough to reattach severed limbs and in fact, he's shown it to be a trick he does in bars. At one point, his healing factors starts breaking down due to exposure to Gamma radiation in Antarctica (he tries his severed finger trick in the bar and his fingers don't re-attach) and he has to get a cure via a (then weakened) Hulk. Outside of that, he has had issues which state outright that his healing factor does not outright cure broken bones, and he has to reset broken bones properly or they heal crooked.

At one point, Thanos curses him with immortality (both Deadpool and Thanos have a thing for Death and Thanos does this to keep Deadpool away from his woman) and during that time, The Punisher actually explodes Deadpools head, and it grows back together. I've seen some references to similarly regrowing from The Hulk smashing his head. There are comics where he's still alive 800 years later, and he's survived utter incineration and regrown from a single hand. Thanos took that power away from him at one point so as to kill him, but then gave it back. 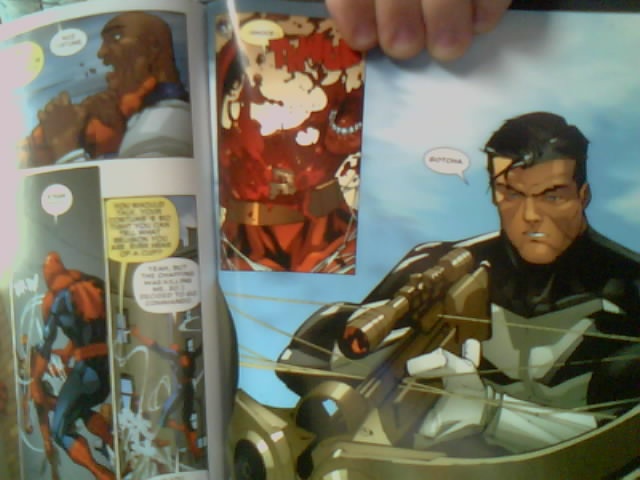 As of Deadpool #54, his healing factor is gone as are his scars and his cancer and he looks a bit like Ryan Reynolds. However, that plot development has disappeared (the plot summaries I've seen online imply that the writers simply dropped the plotline with a mention that the effect was temporary) and he's back to normal levels of regeneration.

1
What are the rules that govern Deadpool's regenerative powers?