I read a book back in the early 2000s, possibly, about a boy that goes through a portal and meets a magician.

The boy works for the magician and ends up being gifted a saucepan as a helmet.

Sadly, I don't remember anything else and have been unable to find anything online - help would be greatly appreciated!

story-identification novel wizards
Share
Improve this question
edited May 12 '18 at 12:14 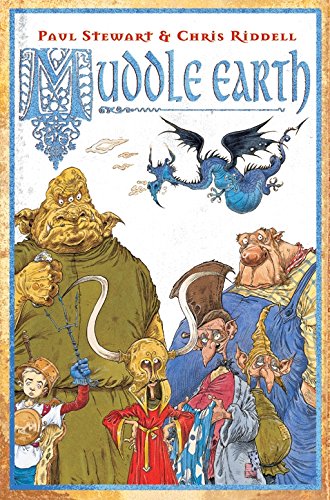 Book's back cover, courtesy of Goodreads:

Joe Jefferson is an ordinary schoolboy from ordinary Earth. At least, he was. But something strange happened when he was walking his dog, and now he's Joe the Barbarian—fearless warrior-hero, summoned by Muddle Earth's leading wizard* to slay ogres, wrestle dragons, and bravely confront villains.

Joe doesn't feel much like a warrior-hero.** But evil is stirring in the heart of Elfwood, and the people of Muddle Earth need help (although most of them don't know it yet). Perhaps Joe Jefferson really is a hero after all...

* Actually, Muddle Earth's only wizard. And he's not very good.

It's a very funny parody of Lord of the Rings. At the beginning of the book, Randalf opens a portal on Earth, and Joe's dog goes right through it, so Joe follows him and ends up in Muddle Earth.

As for the saucepan, at some point he goes with the (fraud) wizard to a city, to be "equipped" for his future tasks as a knight/warrior/whatever. He has high hopes, seeing shiny armors, but the wizard's broke so they look through hand-me-downs and get him a saucepan as his helmet: 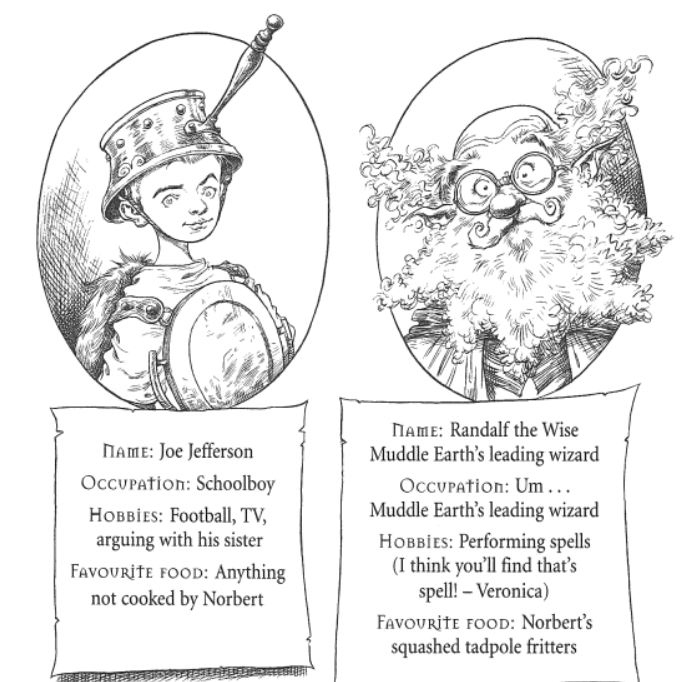 Not the answer you're looking for? Browse other questions tagged story-identification novel wizards or ask your own question.

2
a children's book about a boy and his dad who are actually aliens
8
60's 3-pt serial about a boy who finds an alien ship at stonehenge
6
Short novel about people who live in a cave and boy manages to escape
10
Book about a boy who travels to a parallel universe to get a book
8
Young adult book about a boy(?) who gets sent through a portal to another world which is really the distant future
13
I'm looking for the name of a book series that is centered around an adolescent boy circa 14 in the first book
5
Need help remembering show about a boy with blue hair, involving monsters
7
Fantasy series about search to find and reunite a mythical sword, shield and helmet
13
Book with gender-disguised male magician, forbidden language, one character can talk to horses