Can Thor not sense other superpowered beings?

Quill: Wait, what kinda weapon are we talking about here?

Quill: Don't you think that we should all have a weapon like that?

Thor: No. You simply lack the strength to wield them. Your bodies would crumble as your minds collapsed into madness.

Of course Quill is part-Celestial and has been shown to handle an Infinity Stone directly. He is inexperienced in the use of his powers as he only discovered his true nature a few years previously, but he is potentially as powerful as Thor, if not more so. But Thor is completely oblivious to this.

I don't believe he can but I'm not aware of any explicit answer on this. To answer this though I will look through your analysis.

"Of course Quill is part-Celestial and has been shown to handle an Infinity Stone directly."

True, however, had the other Guardians not been there it would have destroyed him. It was with their collective strength that they could keep the stone's power at bay, not solely Quill's. You can see it destroying Quill in the scene on YouTube. 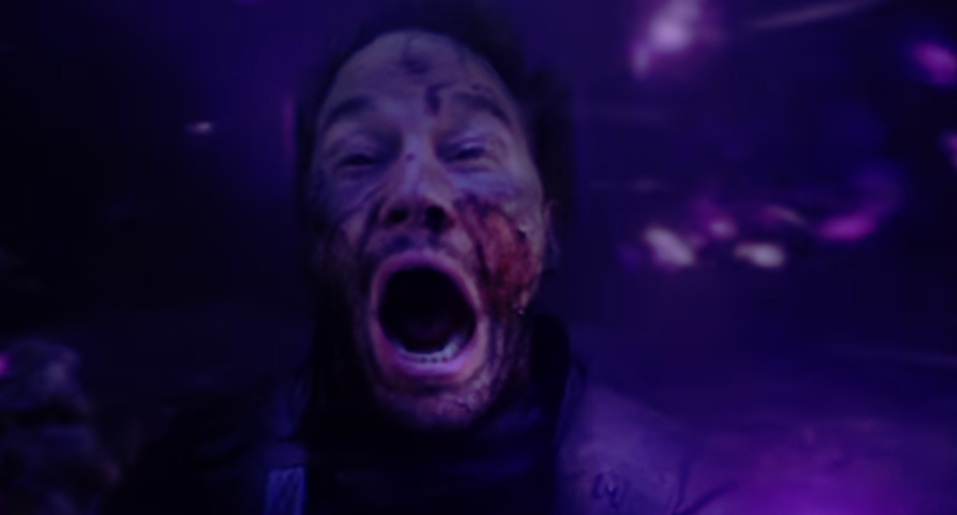 Gamora alludes to the fact the stone would have killed him had he held on to it alone when Nova Prime tells them about his father.

Corpsman Dey: When we arrested you, we noticed an anomaly in your nervous system, so we had it checked out.

Nova Prime: You are half Terran. Your mother was of earth. Your father, well, he's something very ancient we've never seen here before.

Gamora: That could be why you were able to hold the stone for as long as you did.

There's no indication Quill still has his Celestial powers. In fact it even points to him not having them anymore as we see in the official script when Ego is destroyed.

He looks down at his hands, where the glow FADES and DISAPPEARS.

"he is potentially as powerful as Thor, if not more so"

Looking at the above I don't think this is accurate, Thor seems to be a lot more powerful than Quill is.

And from the comments:

"What leads you to believe Thor should be able to sense other superpowered beings?" "Because he is able to see through Loki's disguises"

Not really, the few times he sees through his actual disguises without throwing something at him is when it's obvious something isn't quite right: for example, in the cell on Asgard and when Loki is disguised as Odin. Note that before this time at the end of Thor: The Dark World Thor believes the Odin he sees is Odin and not Loki.

The rest of the times Thor "sees" through the disguise is by throwing objects at Loki. This is, however, to check if he's there or not as is evident throughout of Thor: Ragnarok.

Thor TOSSES a bottle. It BOUNCES off of Loki’s head.

THOR: Just had to be sure.

Lastly, and quite importantly, to provide some context to the scene in Avengers: Infinity War. Thor and Quill are clearly sizing each other up and having a boasting match about who is more manly. This could just be another way for Thor to say he is better than Quill without even knowing… remember Thor likely thinks Quill is completely Terran at this point.

Not the answer you're looking for? Browse other questions tagged marvel marvel-cinematic-universe thor-marvel avengers-infinity-war or ask your own question.

20
Why would the Bifröst Bridge in Thor be able to destroy other worlds?
24
What are these other relics in the movie Thor?
16
Can Thor wield any Infinity Stone?
9
If Thor does not hold Mjolnir, but he is worthy, does he possess the power of Thor?
11
In the MCU, what can kill Thor and what cannot?
7
How can Thor be worthy?
1
How was Captain America able to hold Stormbreaker in Endgame?
26
Why didn't Thor use the All powerful spear instead of Stormbreaker?