Who was the first publicly recognized Super Hero before the advent of comic books?

The 20th century brought us dozens, if not hundreds of fictional Super Heroes. Prior to the introduction of comic books, who is the first fictional Super Hero recognized by the public as being fictional? The answer to this question should exclude exclude heroes from Greek Mythology, since at one time, those myths were believed to be factual. I'm looking for the earliest example of a publicly known Super Hero character that was recognized by the public as being a fictional character.

Super Hero: a fictional character who has amazing powers (such as, but not limited to, the ability to fly)

The first wholly fictional super-human character was Enkidu, from the "Epic of Gilgamesh" written in approximately 2150BC.

Whilst King Gilgamesh was almost certainly a real historical figure, Enkidu (described as a "shaggy man" created from clay by the Goddess Aruru) is unmistakeably fictitious.

As a modern-day superhero, Enkidu would actually be quite at home among the Marvel or DC universe given that he possesses super-strength, superhuman aggression, the ability to digest grass, superhuman sexual stamina(!) and the power of oneiromancy. 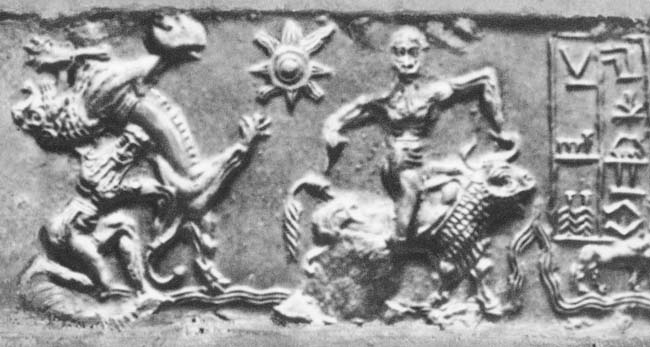 Since the question didn't specify supernatural abilities and powers; and since Batman is universally considered a Superhero with merely amazing intellect and technology, there are plenty of 19th century examples.

If you exclude ancient mythology:

This question does not lend itself to an easily correct answer because during the 1920s and 1930s there was an explosion of larger-than-life heroes whose powers and abilities bordered on the superhuman, including Doc Savage, Man of Bronze, (Doc Savage Magazine #1, Mar. 1933), and Mandrake the Magician (King Features Syndicate, June 11, 1934.)

Adding to this list would be the precursor heroes who preceded Doc Savage, including the Scarlet Pimpernel (1903), Tarzan of the Apes (1912), John Carter of Mars (1911) and Zorro (1919). While they were not superhuman, their feats were extraordinary in comparison to most mortal men.

One of the first superheroic characters of comicdom is the legendary Doctor Occult created by Jerry Siegel and Joe Shuster (More Fun Comics #6, 1935). Yes, the same two writers who would later produce the world's most famous superhero, Superman. 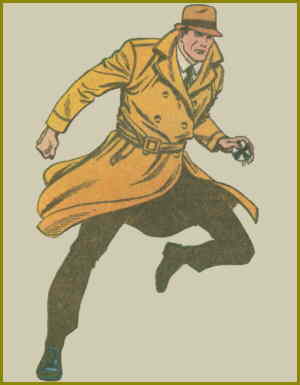 The character first appeared in New Fun Comics #6 in 1935. He was a supernatural detective, whose detecting style was very much in the style of Sam Spade, only with supernatural abilities. He was assisted by his butler Jenkins in one adventure. His girlfriend/partner called Rose Psychic appeared in his first adventure and then returned again later in the series.

He also appeared in Centaur Publications' The Comics Magazine #1 under the name "Dr. Mystic". This was the same character because his story, "The Koth and the Seven", began in The Comics Magazine and continued in DC's More Fun Comics #14-17 (issues also designated as vol. 2, #2-5). In this story, he travels to a mystic realm where he flies and wears a cape, making him the first caped comic book superhero. This story also introduced the Seven, a group of mystics who would later be retconned into having raised Richard Occult and Rose Psychic. Doctor Occult made his last original appearance in More Fun Comics #32 in 1938. 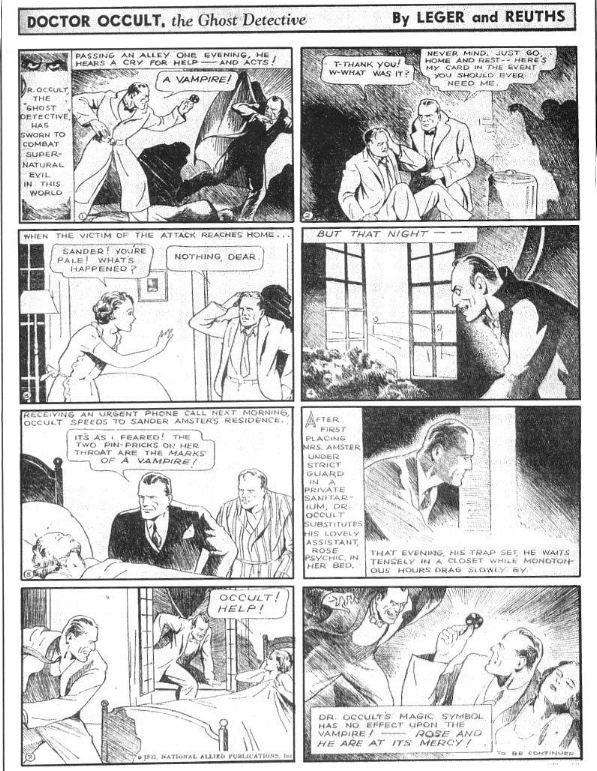 To be fair, Mandrake the Magician appeared in a newspaper serial in 1934. But I started with the first comic appearance.

Mandrake the Magician is a syndicated newspaper comic strip, created by Lee Falk (before he created The Phantom). Its publication began June 11, 1934. Phil Davis soon took over as the strip's illustrator, while Falk continued to script. The strip is distributed by King Features Syndicate. 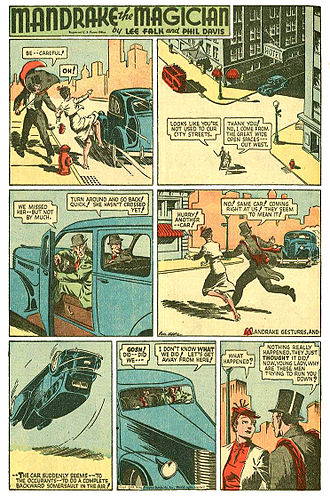 I will add some more possibles to the list although they are not more arguably any more superhero then some of the other ones on this list prior to Superman, from whom I guess, we get the term.

Gibson initially fashioned the character as a man with villainous characteristics, who used them to battle crime, and in this was archetypal of the superhero, complete with a stylized imagery, a stylized name, sidekicks, supervillains, and a secret identity.

They go on to say that they had to give the Shadow a power because of the shortness of time of the radio broadcast, which was to be really good at hiding:

In the radio drama, which debuted in 1930, The Shadow was an invisible avenger who had learned, while "traveling through East Asia," "the mysterious power to cloud men's minds, so they could not see him." This feature of the character was born out of necessity: time constraints of 1930s radio made it difficult to explain to listeners where The Shadow was hiding and how he was remaining concealed. Thus, the character was given the power to escape human sight. Voice effects were added to suggest The Shadow's seeming omnipresence. In order to explain this power, The Shadow was described as a master of hypnotism, as explicitly stated in several radio episodes.

The earliest reference I could find was to "Spring-Heeled Jack", a batman-esque character based on the urban legend from London. The character debuted in 1867, but The Count of Monte Cristo might qualify also (and he came 23 years earlier). Both characters wore a disguise and fought villainy, but whereas the Count only appeared in a single novel, Jack had a more episodic, comic-book feel via the penny dreadfuls bought at the store.

Ultimately, the answer will rely on your definition of "superhero". The first Batman-type character would be one of these two. The first one to introduce a supernatural or "powers" element would be The Shadow (introduced via radio in 1930). The first full-on superhero would be Superman in 1938.

47
What is the first instance of a portal to another world?
43
What is the earliest work considered to be Science Fiction?
18
Which Sci-Fi work introduced the idea of “Aliens”?
5
Who are the first Superhero and Supervillain with costume and dual identities?