Can the Green Lantern ring be removed without the wearer's consent?

In mainline continuity, is it possible for a Green Lantern ring to be removed without the wearer's consent (e.g. by slight of hand or brute force)?

The reason I bring this up is that an odd situation of this occurred in All Star Batman and Robin, the Boy Wonder #9 (infamously remembered as the issue where Batman and Robin painted their bodies and house yellow). Robin manages to steal Hal Jordan's Green Lantern ring without him realizing it. This seems a bit strange to me, as I would have figured that this would be a pretty big weakness for a Green Lantern to be able to have their ring removed so easily, much less without the wielder even being aware that it was removed.

In "The new 52" Batman does remove GL's ring, explaining to GL that he was not concentrating.

Based on the 2012 graphic novel, “Justice League: Origin,” by Geoff Johns & Jim Lee, JUSTICE LEAGUE: WAR provides a glance into the world before the Justice League was created, and offers the initial animated incarnation of DC Entertainment’s “The New 52.” 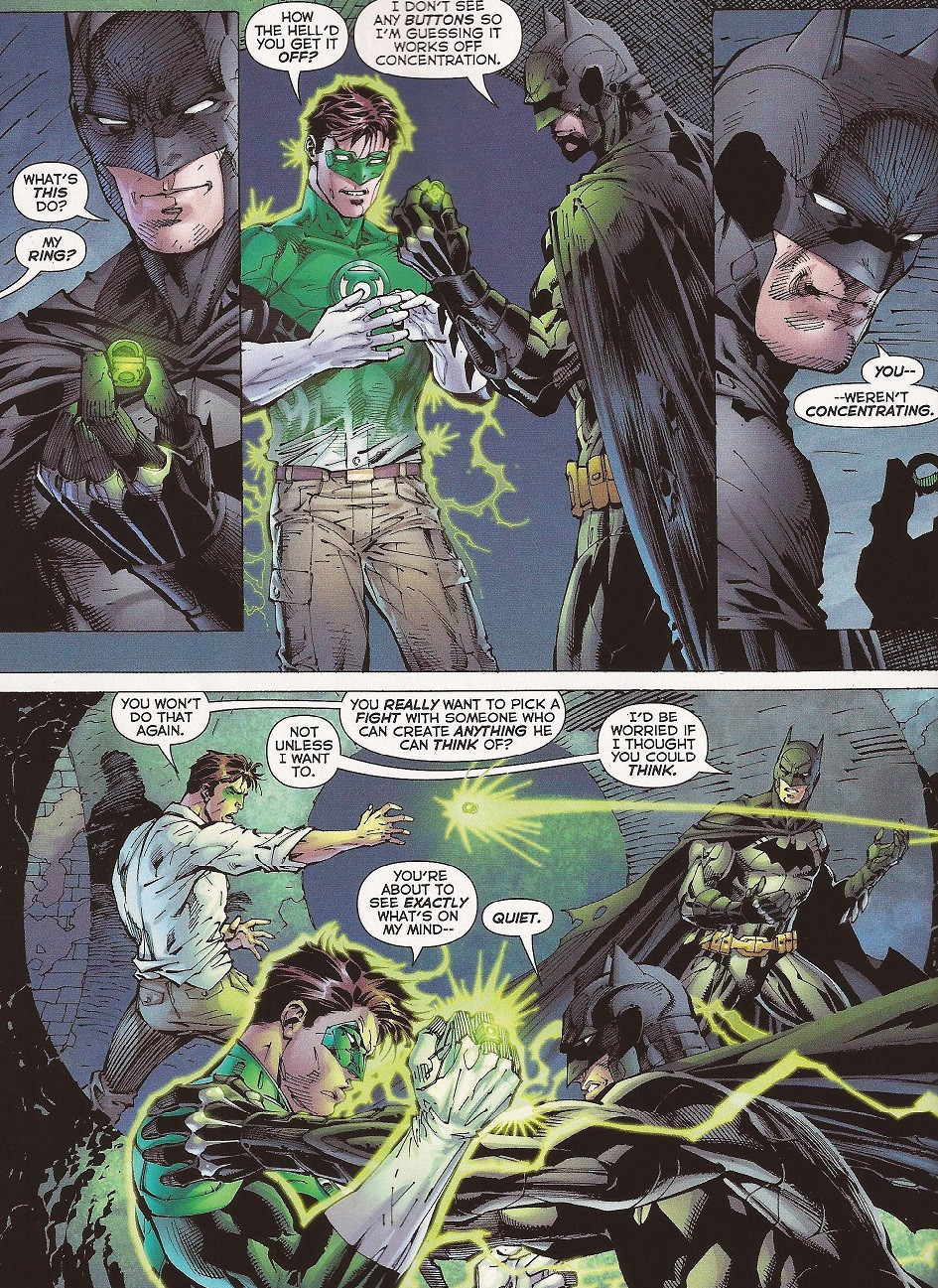 It would depend on the Green Lantern, their state of mind, the environment the Lantern was in and whether the power ring had been instructed to maintain it's physical connection to the wearer.

Considered, arguably, the most powerful weapon in the Universe

The Oan power ring has numerous powers and abilities in addition to the skills, training and species knowledge of its wearer. Power rings are considered one of the DC Universe's most power weapon/technologies in its mainstream universe. Created by the Guardians and energized by the all-powerful Oan Power Battery, they are capable of creating constructs of light or sound capable of interacting with the physical universe with devastating results. 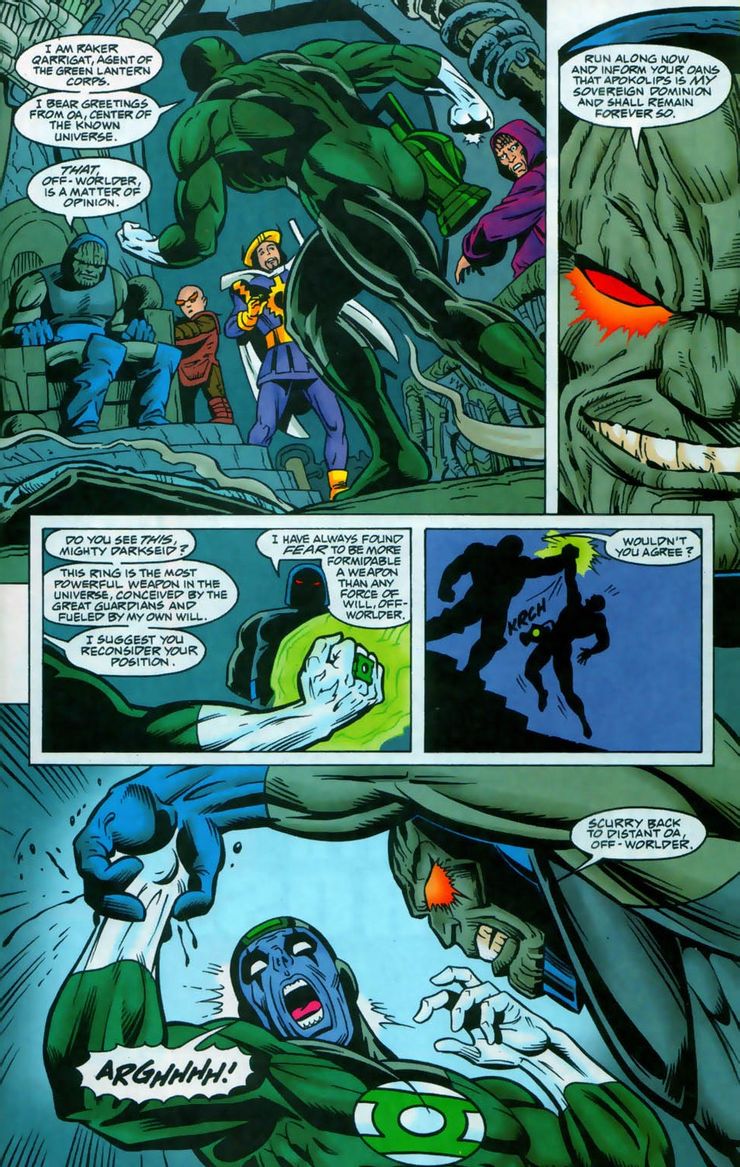 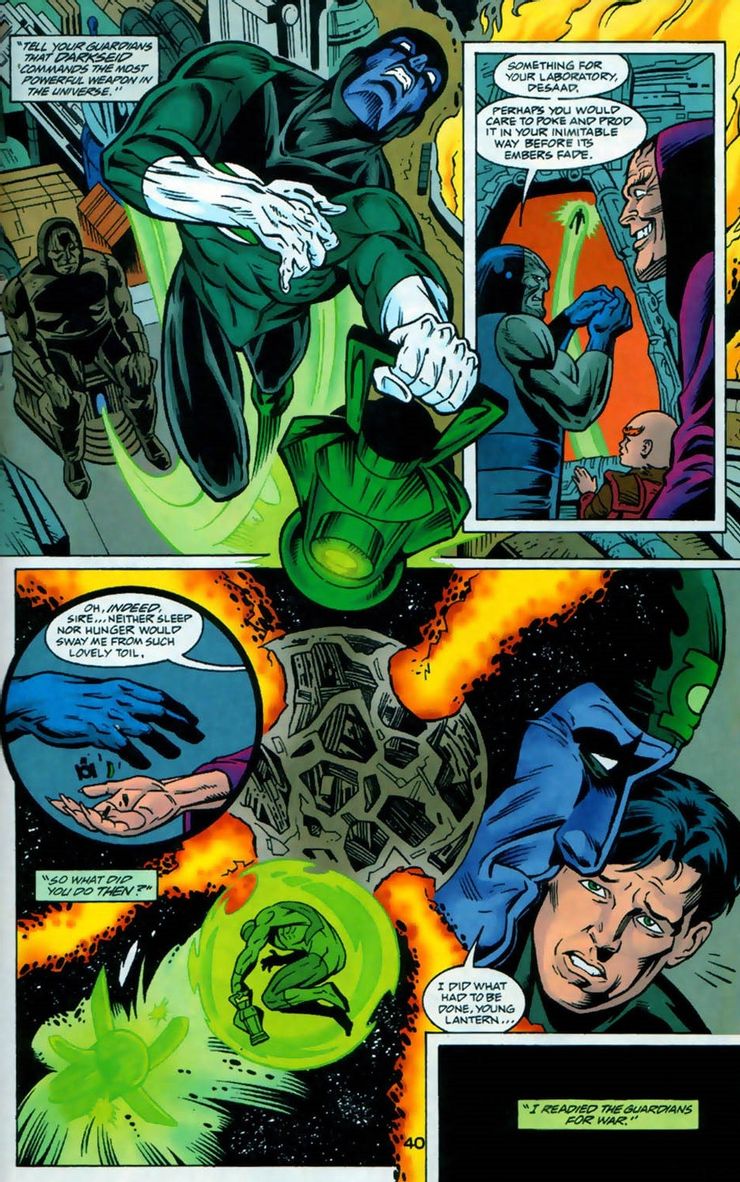 In Green Lantern Corps Quarterly #8 Lobo wants a ring, but in this continuity it cannot be removed from the wielder's finger. So Lobo does a very Lobo thing. I don't have the images for this one, but the source and text is in Wikipedia entry for GL Jack T. Chance:

After winning the fight, Lobo had the idea of taking Chance's power ring before he left 'Hellhole', however, the ring could not be removed from its wielder's finger. Consequently, Lobo took the whole finger. As Lobo walked off, the ring informed him that, due to the specific deal the Guardians had made with Chance, it would not work beyond the parameters of Garnet's atmosphere. Disappointed, Lobo tossed the finger and ring, and left the planet. The ring and finger then made their way back to Chance and reattached themselves.