What happened to the rocket that brought Superman to Earth?

What happened to the spacecraft that brought Superman to Earth after the Kents rescued him? Would it have been indestructable? Where did it end up? 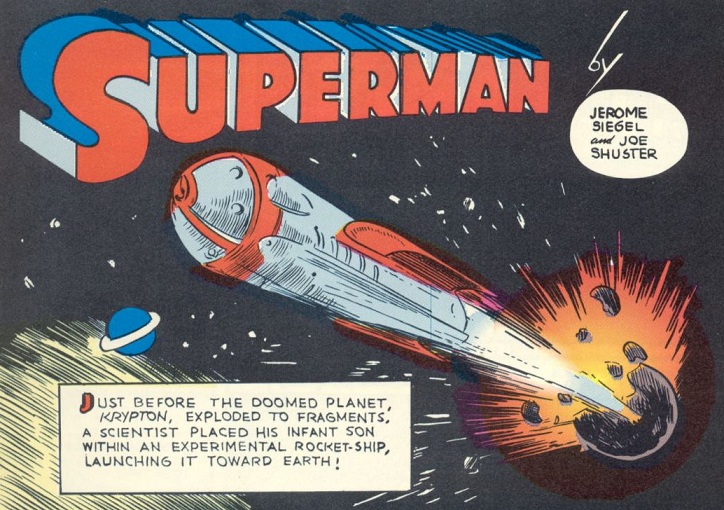 Earth 2 - Pre-Crisis: Kal-L's rocket was indestructible as were all things Kryptonian. Even Kryptonian cloth could not be destroyed by Earth-based technology or weapons. Rocket was buried underneath the barn at the Kent farm in Smallville.

Earth 1 - Pre-Crisis: Kal-El's rocket was indestructible as were all things Kryptonian. Originally held at the Kent Farm, he later moved it to the Fortress of Solitude and put on display there.

Earth - Post Crisis: Kryptonian technology was durable but not indestructible, rocket damaged during explosion of Krypton and upon re-entry. Rocket held at Kent farm, hidden from sight, likely in the same barn as in the earlier continuities.

While the pre-Crisis Superman's costume was invulnerable (as a result of being made from the blankets in the rocket that brought him to Earth), the post-Crisis Superman's costume was made of ordinary material. But while the cape often became ripped and torn (or even completely destroyed on occasion) for dramatic effect, the rest of the costume was usually left untouched. It was later explained that the post-Crisis Superman's body generated an invisible "aura" that surrounded him and contributed to his invulnerability. Objects held close to him, such as his costume, were protected from harm; his cape, meanwhile, could easily sustain damage in battle.

New Earth - DCnU: Though he was still found by the Kents, they are already dead by the time he reaches adulthood. It is unknown where they put the rocket he was found in, while he was growing up. Likely the same barn as in the previous continuities. It is hinted in one of the most recent Superman appearances with the Legion of Superheroes, that he keeps his rocket in one of his Fortresses of Solitude (in space). There are other hints that the ship in his Fortress may be missing its engine which was powered by Kryptonite and being used to grow new colored Kryptonite crystals/isotopes.

I'm not sure if Smallville answer is satisfactory to you (as it's a TV series, not a comic), but it's useful info, extra to what Thaddeus Howze's answer provides.

In Smallville version, Kal-El's ship landed near a field belonging to Kent's, was retrieved by Jonathan Kent and stored for 12 years in a cellar by him.

Eventually, Clark Kent had to destroy the ship by inserting a Kryptonite copy of the ship's Key, once the ship was trying (on Jor-El's behalf) to influence him, and the ship exploded.

There was no information on ability of the ship to be destructible by normal Earth forces, but it has been designed for interstellar travel and therefore likely very durable.

I would think when superman created the fortress of solitude he moved the ship there. and I remember in one of the cartoons some doctor looked the ship over pieced together some technology and realize the ship could never go faster than light again.

14
Did Superman Ever Meet His Parents or See What Krypton was Really Like?
3
What did Adventures of Superman use from the comics and what was later added from the series?
5
What happened to Lady Dracula in Superman?
16
How did the Kents raise a super-baby?
0
What happened to the Kryptonite spear in Batman vs Superman?
3
Identifying a Superman Elseworlds comic where the Kyptonians take over Earth
8
What happened to Silver Age Superman?
14
Superman watches as the Earth is disassembled by aliens
4
Has Superman ever revealed his weakness to magic to the public?