What are Rachel Grey's facial marks?

Rachel Grey has some unusual facial markings that are almost cat-like. Where did they come from (looking online at pictures, not all have them on her), and what do they mean? AFAIK she's a normal human/mutant. 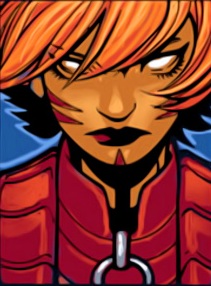 They are tattoos given to her when she was brainwashed into being a mutant-hunting "Hound". This is mentioned on her Marvel Universe page. Sometimes she uses her powers to hide them.

The marks on her face are a tattoo to indicate her ownership by the mutant-hunter Ahab. They are, in part, an indication of her being psychologically conditioned and used as a psychic tracker. She was a member of a cadre called Hounds, used to hunt down, imprison or destroy other uncooperative mutants. 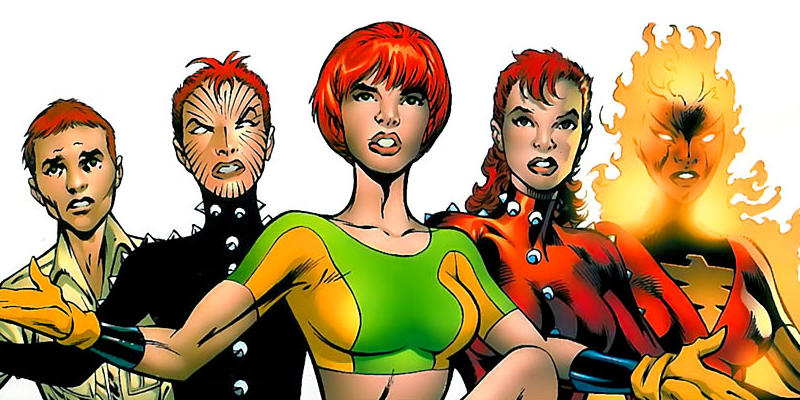 Rachel Summers (Rachel Grey) is a time traveler from an alternative future timeline in which the war of humans against mutants ends badly for all involved. She comes from an alternate future Earth known as Earth-811, as seen in the "Days of Future Past" storyline from The Uncanny X-Men #141-142.

Rachel is the daughter of that timeline's Scott Summers and Jean Grey-Summers and inherits her mother's incredible psychic potential and her connection to the Phoenix Force.

In the above picture, we see her in a variety of incarnations, one of them being a starving mutant hiding from oppressive government agents (far left). In the next image she has been marked to work with the mutant hunter Ahab who marks her with a strange set of facial tattoos to let it be known she is "owned" by the Hounds. Her psychic powers have been harnessed by Ahab to allow her to find other potential mutants.

In her later images, she has used her Phoenix powers to travel physically in time to the past. From that point onward, as long as she has sufficient energy from the Phoenix, she uses her psychic powers to hide the marks of the Hound. There have been times when her powers were so low, she could no longer disguise the marks.

In the fourth image she is catapulted into another timeline's future and enslaved again by Gaunt (her connection to the Phoenix is severed). Cable (her half-brother) travels to the future to retrieve her after killing Gaunt. She and Cable return to the past.

In her last incarnation, she has taken on the name of Marvel Girl and embodies the Phoenix force again. When she does, she is surrounded by flame. This empowered version of Rachel does not last long as she begins to lose her connection to the Phoenix force. 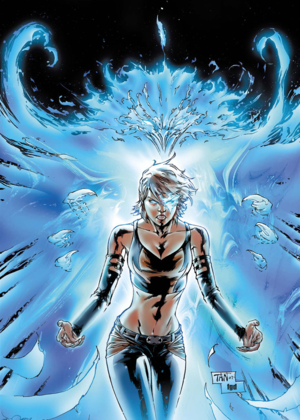 As a result of her interaction with the Shi'ar Empire's Death Commandos, Rachel now has a Phoenix tattoo on her back.

This particular character has had a difficult time due to the number of writers, editors, and designs she has been through during her career. As a result her history has been rewritten, retconned, reversed and even erased. Adding to the mix is her convoluted time travel, her connection to the Phoenix force which varies from being capable of stopping Galactus, to not being able to defeat Psylocke in psychic combat. As much as I love the idea of the Phoenix Force, Jean Grey as the Phoenix, Rachel is a part of the Days of Future Past, I wish had stayed in the future she belonged in. 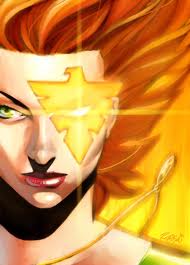 18
How do the mutant levels correlate with the mutant classifications?
20
Is it known what the markings mean on Drax The Destroyer's body?
6
Sci-fi comic from the 90s or 2000s; main character is a girl with white skin and black markings around her eyes
9
Why can't Jessica Jones fly?
4
Is Tony Stark exaggerating about the potential espionage threat in the Marvel Universe?
5
Are Knull's dragons symbiote-infected dragons or symbiotes in the form of dragons?
12
What X-Men comic features Storm being attacked by a group of drug addicts in a housing project, and is saved by Luke Cage and Misty Knight?