Did the Radioactive Spider Bite Give Earth-616 Peter Parker Muscle Definition, Like in the 2002 Raimi Trilogy?

As anyone who's watched the Raimi 2002 Spider-Man trilogy may remember, Peter wakes up the morning after the spider bite with a ripped body, standing in stark contrast with the scrawny body we'd seen he had earlier. 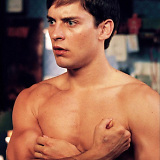 Now that just begs the question - is that the case too for the mainstream Marvel continuity? It's not mentioned in Amazing Fantasy #15, but in Amazing Spider-Man v1 #4, Seymour O'Reilly touches his arm and remarks that Parker has "muscles like a weight lifter".

That just makes me wonder: were Earth-616 Peter's ripped muscles a result of his super-hero origin? Or by that point, had he simply been web-swinging and wall-crawling enough to get cut naturally?

While there isn't a definitive answer, it seems likely Peter has developed his physique through his activities as Spider-Man.

Spider-man's origin in the comics is a little different from what's shown in the Raimi movies. His powers kick in minutes after being bitten by the spider, and seem fully functional immediately: 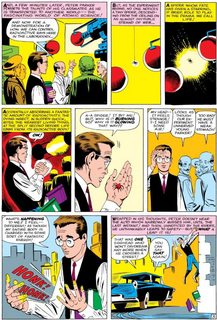 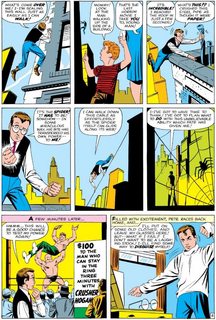 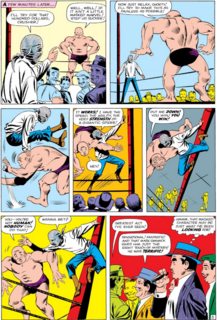 While Peter doesn't look incredibly puny here, note that he is called "stringbean" by someone who can see him standing there shirtless. Also, it is clear that Flash Thompson does have a more powerful looking body.

So, no, it doesn't appear that the development of Peter's physique occurred purely from the spider bite. Logically, years of swinging around town, jumping, and fighting while using his spider-sense to avoid taking any more damage than necessary lead to further development of his physique, leading to more powerful muscles.

I would be remiss in not noting that a part of this can be attributed to the artists drawing the comic. Clear through his last issue (Amazing Spider-Man (1963) #38), Steve Ditko drew a Peter Parker who looked relatively thin and weak. Here, he doesn't appear to have more bulk than Aunt May! 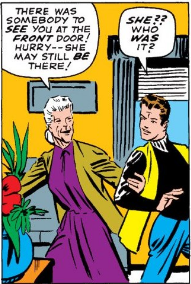 However, the book's next artist, John Romita, seemed to bulk him up to at least average size almost immediately. In this image from Amazing Spider-Man (1963) #39, Romita's first issue, Peter's upper arm seem larger than the doctor's: 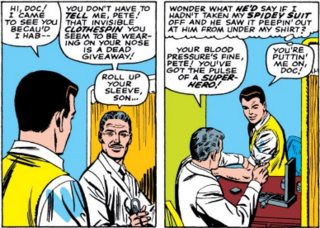 Not really as much. In the comics his strength is proportional, also he gained his abilities in teenage/childhood at age 14-15 so his muscle definition is not well toned out yet. He gets bigger over time. His muscle tone is often the byproduct of his artist who draws him. But most Artists often depict him as a rather lanky, muscles, like Bruce Lee. Not Big or intimidating, virtually invisible under normal clothing but pronounced in his uniform. 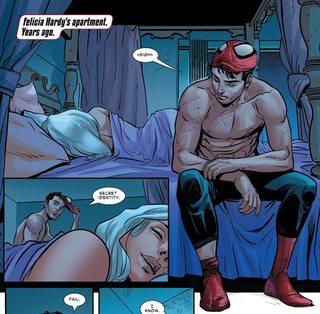 His adult years depict him with a robust physique. Characteristics of someone who works out.

Modern artists show him with a more normal body, with tough muscle but barely visible under the clothing he wears. 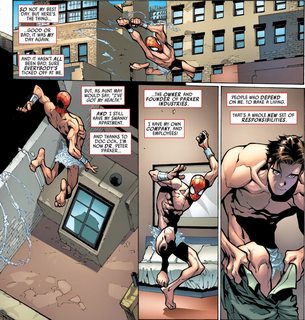 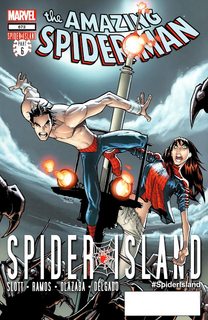 In the Spider-Island story arc, it's established the muscle doesn't explicitly grow considerably. But is tougher and more durable. 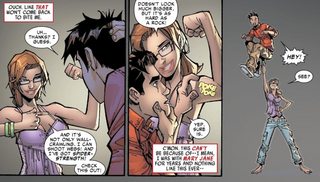 8
After Peter Parker was bitten, what happened to the rest of the radioactive spiders?
20
Is Peter Parker/Spider-Man a stalker in the comics?
3
How is Spider-Man's identity a mystery when Peter is seen performing unusual feats?
15
What happened to the spider that bit Peter Parker?
11
How old is Aunt May?
11
Why didn't the Venom Symbiote turn Peter Parker into a monster like it did with Eddy and Cassady?
15
Is Spider-Man's blood really radioactive?
13
Why did Venom keep spider thread after separating from Peter Parker?
12
Why did Miles Morales get non-spider-like powers (bio-electrokinesis and invisibility) that are vastly different from the other spider people?