Is there any detail about ambulances in Star Wars?

I am currently struggling to find an image (or a detailed source on Wookieepedia) about ambulances. Any help?

The articles on Wookieepedia on ambulances and air ambulances are both Legends articles. However, in "Star Wars: The Perfect Weapon" we see an ambulance which has flashing lights with a human and droid medic.

They were soon surrounded by concerned octogenarian passersby. An ambulance wailed in the distance, barrelling toward them with red lights flashing. Bazine was shaking now, teeth clenched in what looked like a seizure as Orri knelt at her site, acting perfectly helpless and properly scared. A human in a gleaming white uniform leapt out, a white-and-silver GH-8 medical droid hovering by her side.

Orri shook his head. "I don't know. We were going to get lunch, and she just... collapsed. What is it?"

"Unidentified substance," the droid said in a calm voice. "Immediate chelation and fluid replacement is recommended."

The human nodded and pulled a gurney out of the hovering ambulance. "You can ride in back," she said to Orri, who stood and continued to be useless. Together, the woman and the droid lifted Bazine's stiff body onto the gurney and slid it into the waiting vehicle. Orri climbed in to sit on the bench beside her, one hand on the gurney but definitely not close to touching Bazine, as if he was terrified of her even when she appeared to be dying. The ride was oddly calm and strangely fast. Moments later they slipped down a ramp and into the cool underbelly of the medcenter.

The U-wings introduced in Rogue One have previously been used for ambulance-like purposes, according to The Rebel Files:

Early in the rebellion, their U-wings were deployed in several fashions, including as troop transport, gunship, and medevac lifter. Several of the ships also acted as cargo transports between the Telaris system and other locations.

And from the movies themselves, the closest that's been seen so far is Palpatine's Theta-class shuttle: 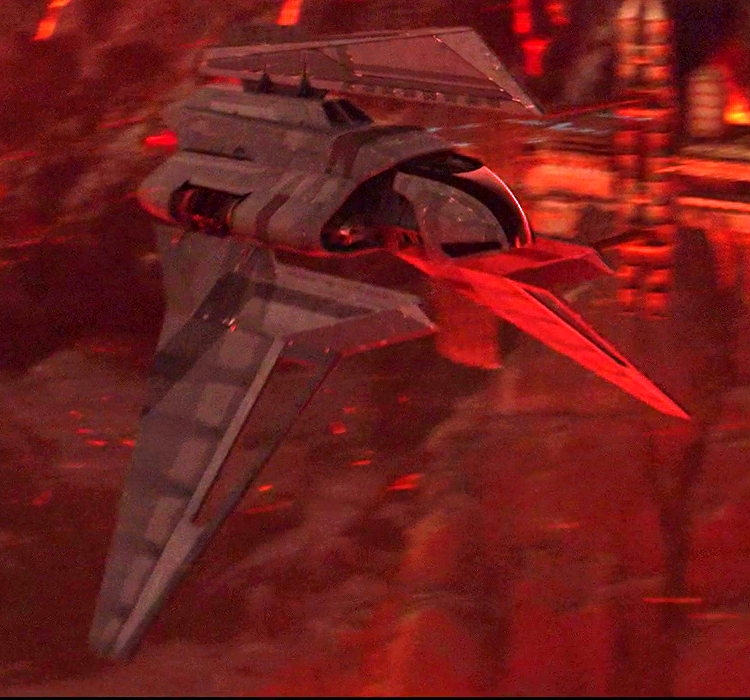 While not primarily intended as an ambulance, it did contain a "medical capsule" in Revenge of the Sith, which appears to be a kind of gurney, and transported Darth Vader to a medical facility on Coruscant:

In addition to the ambulances mentioned in TheLethalCarrot's answer, there are a few other ambulance-like craft:

In the original Trilogy, Luke has his mechanical hand installed onboard a Nebulon-B medical frigate. While debateable as to whether it was primarily a hospital ship, or a warship with medical facilities, Wedge Antilles refers to it as a medical frigate during the battle of Endor, where it also appears. Also, the Pelta class medical frigate is seen in several episodes of the Clone Wars series, and is specifically used for medevacing Clone Troopers to medica facilities.

18
Did Lucas Dump “Han Shot First” for the MPAA Rating?
31
How were the lightsaber effects done in Star Wars?
8
How are Star Wars blasters properly reloaded/charged/etc.?
18
Is there any evidence that Palpatine cared about - or liked - Vader?
35
What allows Star Wars ships to slow down?
4
Star Wars: Battlefront II EA Trailer - Who is the figure in red giving Versio orders?
6
Why fifteen stars on the 'Star Wars' New Republic Insignia?
9
What was Han searching through when he found where Lando was?
8
Lateral hangar bays on Imperial Star Destroyers