Was the ponies' knowledge of Night Mare Moon retconned in “Luna Eclipsed”?

In the episode "Luna Eclipsed" (S02E04) the ponies celebrate their own version of Halloween where the children have to "sacrifice" part of their candy to Night Mare Moon. It is stated throughout the episode that it is one of the most important nights in pony culture (as far as Equestria is concerned).

But in season 1, nopony had a clue who Night Mare Moon was, and nopony recognized her but Twilight.

Also, there is a huge lifelike statue of Night Mare Moon near Ponyville where the ponies make their candy sacrifice.

Given that Nightmare Night should be part of the calendar for at least a few centuries, it is too far fetched to assume that nopony in that assembly did not recognize her.

Was that event retconned in season two, or is there any other explanation to the presumed ignorance of the crowd in season one?

But in Season 1 nobody had a clue of who Nightmare Moon was, nobody recognized her but Twilight.

Debatable. When Night Mare Moon appears, all of the ponies are shocked and remain motionless (except Rainbow Dash, who tries to charge her, and Applejack, who holds RD back). They could be afraid precisely because they recognize NMM — or it could just be a reaction to a very evil-looking mare forming out of smoke right after Princess Celestia disappears. 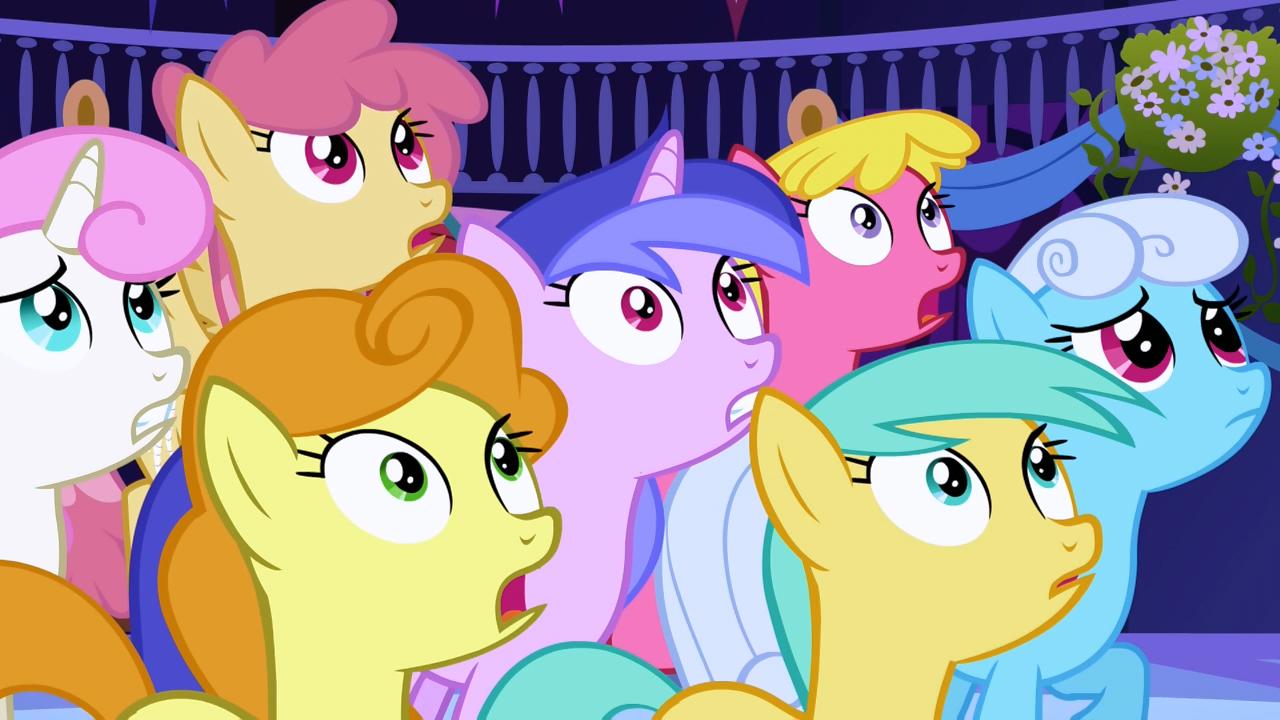 When NMM asks whether anypony knows who she is, Pinkie Pie starts making wildly inaccurate guesses — but this is Pinkie Pie, and her behaviour can't be used as a guide to what other ponies know. Eventually, Twilight speaks up, and when she addresses Night Mare Moon as such, all of the ponies gasp — which would be quite unusual if they actually had no idea who NMM was. 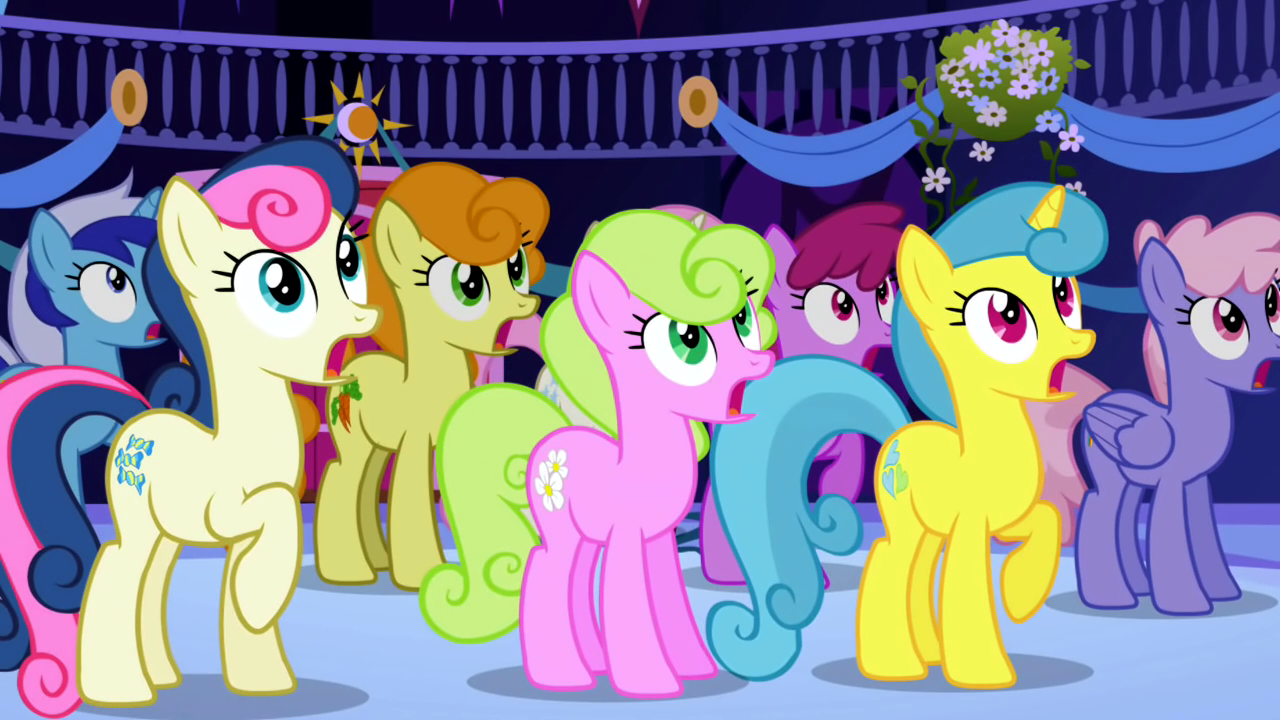 It thus seems likely that they did know who NMM was — they were just too shocked and/or horrified by her appearance to respond.

It's not that nopony knew of Nightmare Moon at all; it's just that nopony recognized her as nopony expected Nightmare Moon would still be alive. She was last seen a thousands years ago, when Celestia banished her. The Nightmare Night festival and the statue refer to her as a historical figure, very much like the real-life festival of St. Nicholas or Guy Fawkes Night are based on historical figures. If you had Guy Fawkes suddenly stand in front of you, you probably wouldn't recognize him at first either, since he wouldn't have the stereotyped appearance that we associate with him today. Once Twilight mentioned the name Nightmare Moon, everypony in the crowd knew who was meant.

Note that "the mare in the moon" is repeatedly referred to as an "old pony tale" - but many tales are based in reality (the Holy Kings who visited Bethlehem from Babylon probably existed, although their names weren't Caspar, Melchior and Balthazar).

Not the answer you're looking for? Browse other questions tagged my-little-pony my-little-pony-fim retcon or ask your own question.

10
What was Star Swirl the Bearded's spell *supposed* to do?

9
Are earth ponies represented in the government of Equestria?
36
If the ponies are vegetarian, why do they raise pigs?
2
Can multiple ponies have the same special Talent?
5
Who are the two yellow mares in the season 5 poster?
2
What is the weight of ponies of the My Little Pony universe?
4
Do the ponies of Equestria have non-exile space travel?
5
Was Tom Flannery's disease retconned in later editions of Callahan's Crosstime Saloon?
4
What was the first retconned superhero origin story?
3
Were Celestia and Luna born Earth Ponies?