80's sci-fi B movie where an alien, disguised as a human, crash lands in a desert

It starts with a crashed ship somewhere in the desert. There is a man who's an alien but I don't remember the plot... I think he just wants to go home...?

He meets a woman and reveals that he's not from Earth and take off his "disguise", still looking quite human but with strange eyes and no hair...

It is definitely not Starman, it was cheap, made for TV.

I checked The Man Who Fell to Earth... It could be but I don't think that's the one, there are pictures of other alien kids on the youtube link provided and if I remember correctly the man was the only alien in that film.

Thomas Jerome Newton is a humanoid alien who comes to Earth from a distant planet on a mission to take water back to his home planet, which is experiencing a catastrophic drought. Throughout the film are brief sequences of his wife and children back on his home planet, suffering, perhaps dying.

This is most likely Starman, made in 1984, starring Jeff Bridges and Karen Allen.

An alien takes the form of a young widow's husband and asks her to drive him from Wisconsin to Arizona. The government tries to stop them. 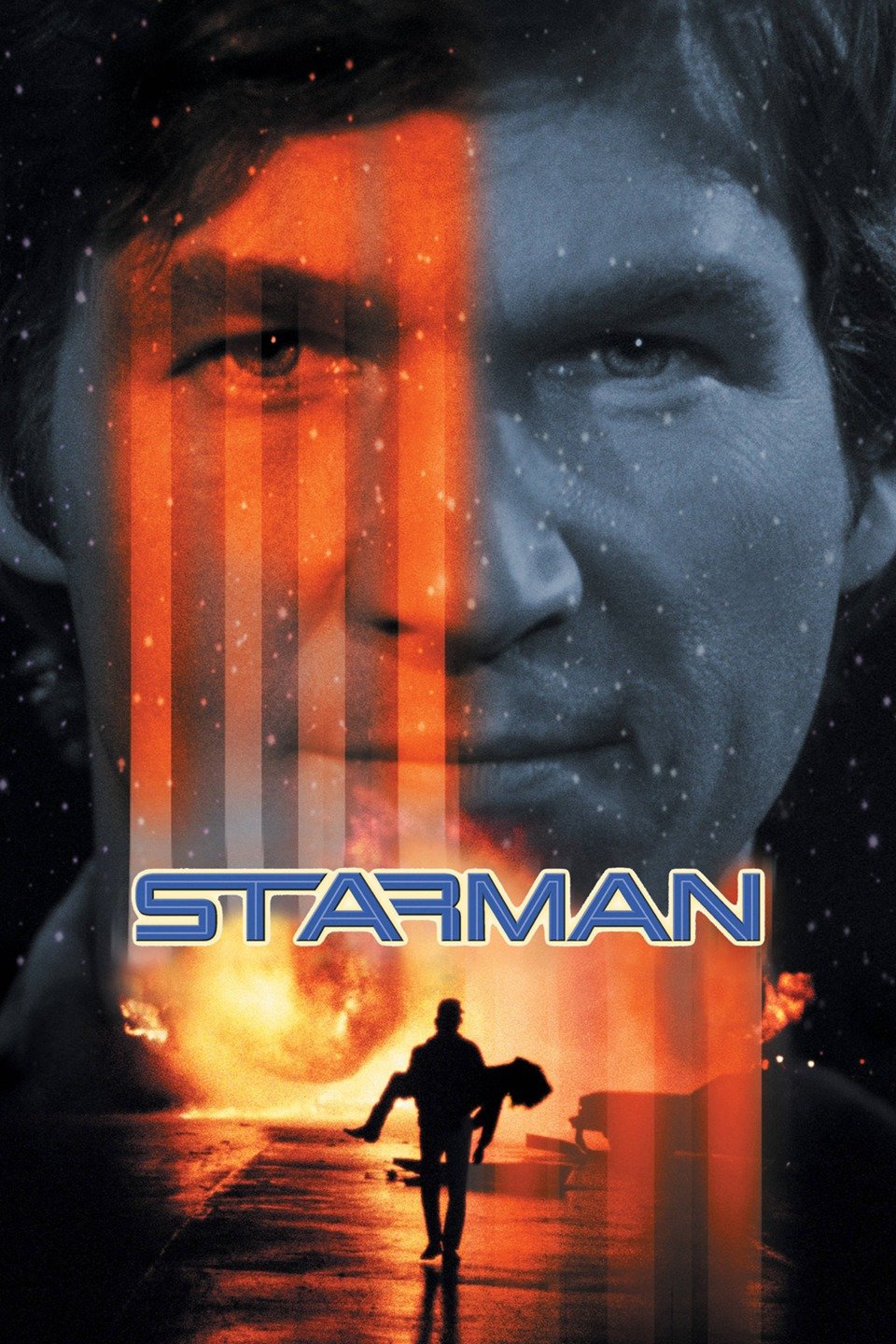 Not the answer you're looking for? Browse other questions tagged story-identification tv b-movies or ask your own question.

14
Title of story about human astronauts who crash on an alien planet with lizard-like humanoids
3
What 60s movie has a girl with alien and human identities who leaves earth with a human man?
9
Novel where the protagonist is integrated into alien society of desert dwellers
10
Looking for name of sci-fi/horror movie about alien disguised as father
7
60s-70s Sci-fi film where two competing alien races send agents disguised as humans to determine control of Earth (one side cheats)
2
An alien desert film
6
1950s pulp sci fi: hibernating alien traps fly fisherman in a mountain cave
16
Human "alien hunter" meets a real alien