Will there be a Fantastic Beasts and Where to Find Them novelization?

Warner Bros is making a Fantastic Beasts and Where to Find Them film with a script from JK Rowling.

Is there any official word from Rowling or any of the producers at Warner Bros if she or anyone else will or will not be writing a novelization of the upcoming film?

Are there any plans for a novelization?

Screenplay - Fantastic! The movie- fabulous! However, when do we get a new novel? I happen to love the magic of your words. Pls?

J.K. Rowling: I'm working on it (literally). And thank you!

CONFIRMED, GUYS! THERE WILL BE A NEWT SCAMANDER NOVELS!

J.K. Rowling: No, no, no. There won't be Newt Scamander novels. Only movies. Calm down, there!

What we got instead is the screenplay, published in book form, ala Cursed Child. Only this time it's actually being written by Rowling, (although substantially edited afterwards.) 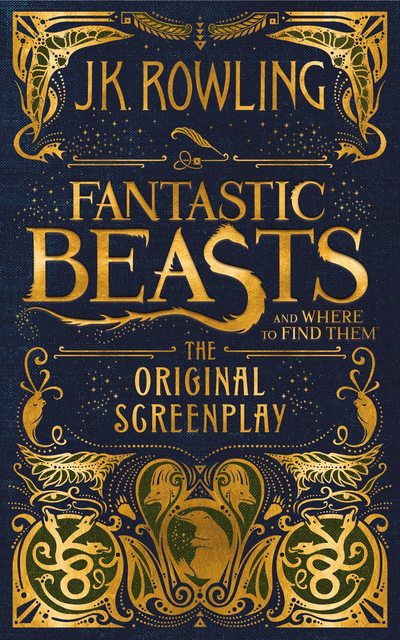 Other related things that quasi-count as novelizations.

There will also be a brand new edition of Fantastic Beasts and Where to Find Them in 2017, with new content by J.K. Rowling. (Pottermore)

Bloomsbury in the UK and Scholastic in the US are to build on the massive success of their ongoing Harry Potter print publishing programmes with a schedule of exciting new offerings, including: a new edition of Fantastic Beasts and Where to Find Them in 2017, to include new content from J.K. Rowling. (The Blair Partnership)

A brand-new edition of this essential companion to the Harry Potter stories, with a new foreword from J.K. Rowling and an irresistible new jacket by Jonny Duddle, is publishing on 9th February 2017. (Bloomsbury)

A new edition is in production, with extra material (including foreword by Newt). All my royalties will go to comicrelief, as before. (Rowling via Twitter)

A new edition of the Hogwarts Library eBook, Fantastic Beasts and Where to Find Them by J.K. Rowling, writing as Magizoologist Newt Scamander will be published by Pottermore on 14 March. It features a new foreword by Newt Scamander, the addition of six new beasts, new line illustrations from Tomislav Tomic that bring many of the beasts roaring to life, and a brand new cover by Olly Moss who designed the seven most recent Harry Potter eBook covers in 2015. (Pottermore Press Release)

Under the agreement, Scholastic will publish children’s movie tie-in books for Fantastic Beasts and Where to Find Them and its sequels. (Scholastic)

This was a series of three tie-in promotional writings from Rowling that were published to Pottermore. A History of Magic in North America, Ilvermorny School of Witchcraft and Wizardry, and The Magical Congress of the United States of America (MACUSA).

The book Fantastic Beasts and Where to Find Them links to J. K. Rowling's fantasy book series Harry Potter by suggesting that it is a textbook owned by Harry Potter, mentioned in the first novel of the series, Harry Potter and the Philosopher's Stone. There are currently no public plans to novelise it, this is in very early stages. You might expect any announcements of one to come after the 3rd film has been released. You might also expect that it wouldn't be written by J. K. Rowling as she is working on other things, and it would be like writing a book two times.

The film is planned to be one of three parts written by J. K. Rowling as her screenwriting début, as well as being a producer (see here)

Not the answer you're looking for? Browse other questions tagged harry-potter novel jk-rowling fantastic-beasts or ask your own question.

42
Has the original Fantastic Beasts book been pulled off shelves?
53
Just how much of The Cursed Child is JKR's?
28
What other Harry Potter related writings has Rowling written?
23
Will “Harry Potter and the Cursed Child” be available in any form other than a play?